PALMDALE, Calif. - After what officials said was a "thorough investigation" conducted in collaboration with the California Department of Justice and FBI, the Los Angeles County Sheriff’s Department on Thursday announced Robert Fuller’s death has been ruled a suicide.

The 24-year-old was found hanging from a tree at Poncitlan Square located across from Palmdale City Hall on June 10. The initial investigation said Fuller died by suicide.

However, his family and community members did not believe Fuller would take his own life and demanded justice and answers from authorities. 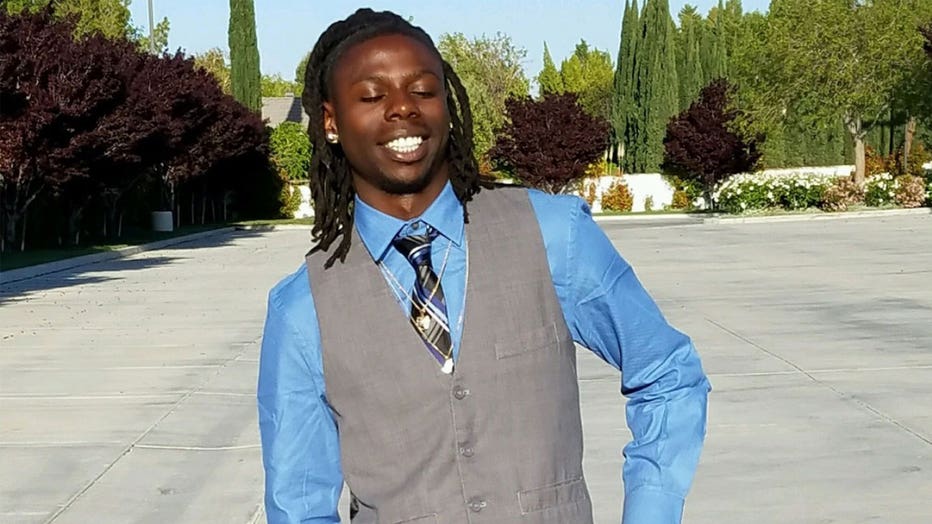 Los Angeles County Sheriff Alex Villanueva said in wake of civil unrest following the death of George Floyd and the nation’s history, homicide investigators conducted a second investigation. The California Department of Justice and FBI also said they would be supervising the investigation.

Villanueva said detectives did not want to skip steps or rush to judgment to address the amount of time it took to conduct the second investigation.

“These things do not happen overnight,” he said.

In addition to announcing Fuller’s official cause of death, authorities also revealed new details, including the fact that the young man suffered from mental health problems.

Deputies found the 24-year-old’s body hanging from a tree on the morning of June 10. Officials said no one else was seen in the area including a witness and Los Angeles County firefighters.

Investigators said that when they discovered him that Fuller’s appearance and clothing were clean, that he wore a hat and backpack.  He did not have defensive wounds and his hands were not bound. Officials added that there were no signs that Fuller attempted to remove the rope from his neck.

According to LA County Sheriff’s Department Commander Chris Marks, the young man was found with a fixed blade in his outer pocket. Fuller had scars on his left wrist that were consistent with a suicide attempt.

His family was notified of his death on June 11.

A pathologist conducted a full autopsy and toxicology screening.

After speaking to the family, a relative reported he had a history of seeking treatment due to the fact he suffered from mental health problems.

His death was ruled a suicide on June 12.

On June 14, detectives identified a purchase that was made from a Dollar Tree on May 14. Marks said Fuller had purchased a red rope consistent with the one used in his death. The EBT card used for the purchase belonged to Fuller.

Officials were unable to obtain video from the store since it was a month-old.

Investigators said they re-interviewed paramedics with the Los Angeles County Sheriff’s Department and confirmed no one else was seen in the park.

The following day, detectives spoke with a homeless youth leader in Las Vegas who confirmed Fuller was a resident at his program from February 2019 to February 2020. While a resident at the facility, officials said Fuller tried to light himself on fire on Feb. 16.

Records obtained from an Arizona hospital from January 2017 revealed Fuller was diagnosed with having auditory hallucinations and that he wanted to “put a gun to his head” because of the voices he heard inside his head.

Two years later, he was self-admitted to a California hospital where he heard a voice inside his head that told him to kill himself, Marks stated.

It was also revealed Fuller visited his family located out-of-state two weeks before his death.

In an unrelated incident, Fuller's half-brother was killed in a shootout with LA County sheriff's deputies in Kern County on June 17.

The department is being sued over the deadly shooting.