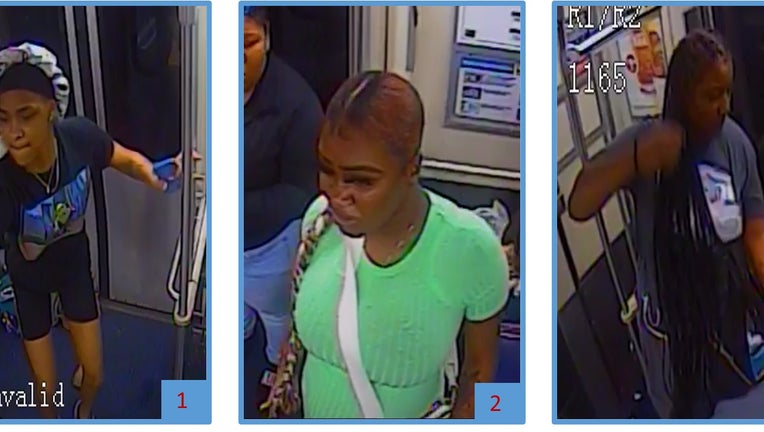 SEPTA Police ask for help identifying the women in the surveillance photo.

CENTER CITY - SEPTA Police are investigating an assault and robbery of a female rider on the Market-Frankford line and are asking the public’s help in identifying the women they say are involved.

Officials say the assault and robbery took place around 12:30 in the morning, Sunday, on the westbound train, at the 15th Street Station.

The woman was said to have approached the victim and started to harass her. Authorities say the victim tried to get off the train, but was confronted by the two other women.

Officials say a fight then took place and the victim was punched, sprayed with mace and had her phone stolen.

She was taken to Jefferson University Hospital and was treated for non-life threatening injuries.

SEPTA Police are asking anyone with information regarding the incident, or if anyone recognizes the women in the photograph to contact them at 215-580-8111.