DELEON SPRINGS, Fla. (WOFL FOX 35) - Many would agree that smoking cigarettes is a bad habit that can come with many known side effects. One you will likely not find listed: jail.

Volusia County Deputies say they used a discarded cigarette butt, at a crime scene, to catch two criminals. The crime? The burglary of a house in Deleon Springs, Florida.

Authorities said that, at the time of the alleged crime, the home was empty, because the homeowners had fled Hurricane Irma.

"During a hurricane, during a state of emergency… these scumbags decided they're gonna go out and they're gonna hit a couple homes," said Volusia County Sheriff Mike Chitwood.

After the burglary was reported, deputies responded and found few clues, except for a cigarette butt.

So the butt was sent off for DNA testing.

In January, deputies began acting on a tip, looking at 32-year-old Cassandra Taylor as a possible suspect.

"She has been arrested before. Her DNA is in the database. She is well known to all of the deputies who work in the Deleon Springs area," Chitwood added.

About that same time, DNA results come back on that butt.

"It ties us right to our female suspect in this case," Chitwood said.

Deputies arrested Taylor, accused of burglary. Because the alleged burglary happened during a state of emergency, what would have been a second-degree felony, becomes a first-degree felony. They said Taylor's arrest led them to a second arrest of a 25-year-old man identified as Oscar Bravo.

"You can't make this stuff up, ya know!" said Sheriff Chitwood. "You try to, but you can't!" 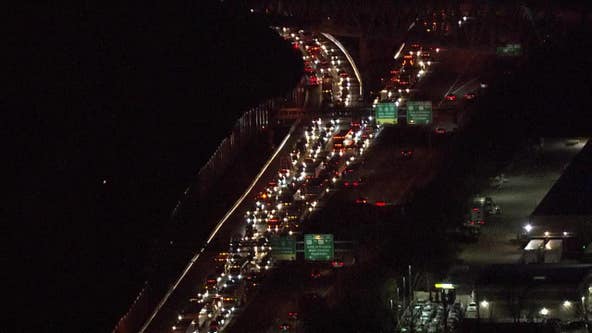