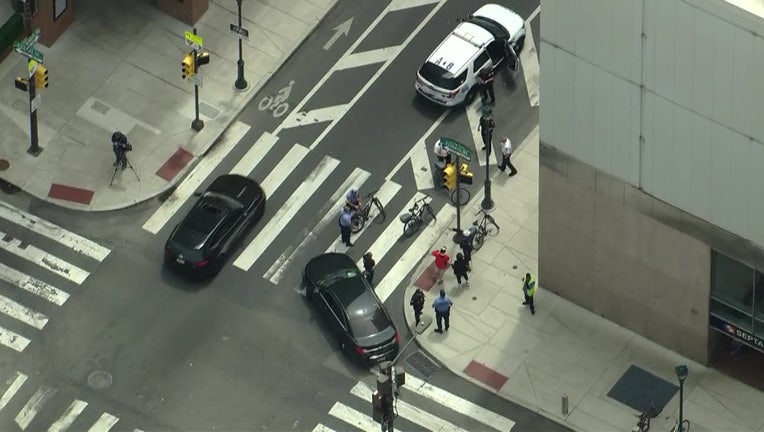 PHILADELPHIA - A sheriff's bike deputy was injured after police say he was struck by an SUV while on duty in Center City Wednesday.

The SUV fled after running a red light and hitting the deputy on 10th and Filbert streets, according to police. The deputy was reportedly on his way to help another officer at the parking authority.

Police say he was "hit pretty hard," thrown onto the hood of the SUV, then fell to the ground. He was transported to Jefferson University Hospital where he is said to be in stable condition.

Authorities said the officer has been a member of the Philadelphia Police Department for nearly five years and has been on the bike unit for three years.

Police say witnesses at the scene sprung into action to help the deputy. They also reportedly provided the sheriff's office with the vehicle's make and license plate number.

Sheriff Rochelle Bilal said in an update that investigators have identified the vehicle, but did not offer a description. The hit-and-run remains under investigation.