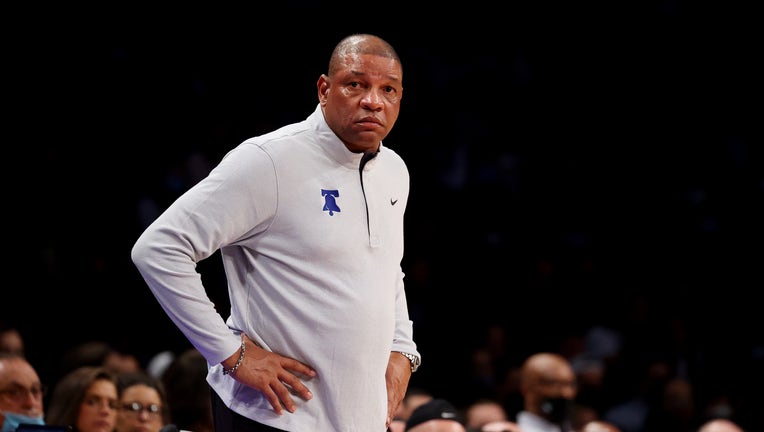 NEW YORK, NEW YORK - DECEMBER 16: Doc Rivers, Head Coach of the Philadelphia 76ers looks on against the Brooklyn Nets during their game at Barclays Center on December 16, 2021 in New York City. NOTE TO USER: User expressly acknowledges and agrees tha

Rivers, 60, will be replaced by Assistant Head Coach Dan Burke during his time away from the team.

Philadelphia is set to take on the Nets Thursday night in Brooklyn.

The NBA has seen 558 players entering Thursday — already a single-season record — take the court this season, largely because teams have had to sign dozens of replacements to hardship contracts just to get through the periods of roster depletion caused by time missed with the virus.

Entering Thursday, 10 games have been postponed in the NBA this season for virus-related reasons, the most recent of those coming Wednesday when Miami — through a combination of players either entering the protocols or having injuries — did not have the league-mandated eight available players for its scheduled game at San Antonio.

The NBA changed protocols in recent weeks mandating that everyone in the bench areas must wear masks during games — with the exception being head coaches. Some coaches said last season that the masks, when they had to wear them, interfered with their ability to communicate with players and referees during games.