Morgan Geyser was back in a Waukesha County courtroom Thursday, June 23 in a bid to be released early from her 40-year commitment at a state mental health facility.

WAUKESHA, Wis. - Morgan Geyser was back in a Waukesha County courtroom Thursday, June 23 in a bid to be released early from her 40-year commitment at a state mental health facility.

Geyser's request follows a successful request by Anissa Weier in 2021 – the two were charged in the 2014 Slender Man stabbing of a classmate when they were all minors.

Wearing jail-issued clothing, the now 20-year-old Geyser appeared before Judge Michael Bohren Thursday for the first time since she was sentenced to 40 years in the Winnebago Mental Health Institution.

Gesyer petitioned to the court for conditional release earlier this month. The judge said doctors will have to be appointed within 20 days. 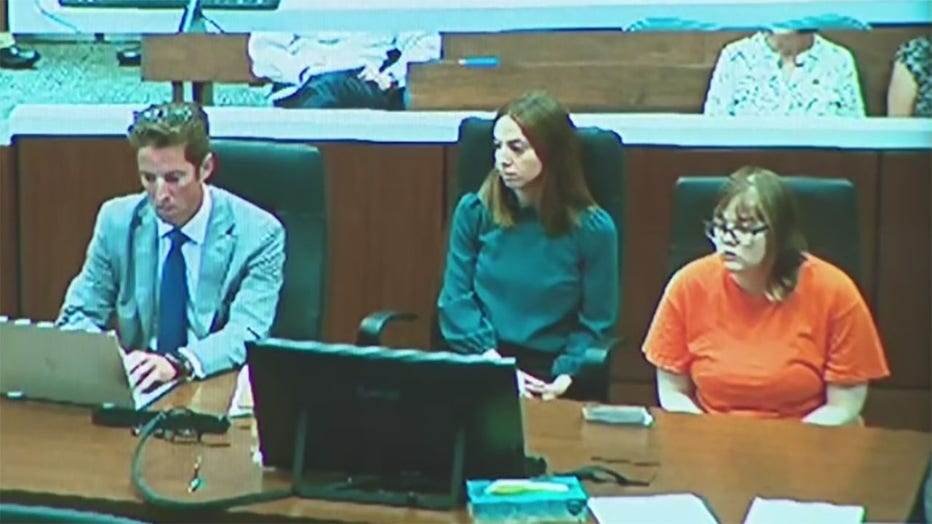 Those doctors will examine Geyser and submit a report to the court, which will then determine if Geyser can be released early and under what conditions.

"I'm thinking I'd appoint three (doctors) – one the state selected, one the defense selected, and the court will select a third one," Bohren said.

Geyser's family was in the gallery as Bohren appointed the doctors Thursday. The reports by the doctors are to be filed with the court by late August. A hearing will then be scheduled to review the reports and make arguments as to whether Geyser's request will be granted at that time.

Prosecutors say Payton Leutner was lured to a wooded area in Waukesha by Geyser and Weier after a sleepover in May 2014. Geyser stabbed Leutner repeatedly as Weier urged her on. They claimed it was to appease Slender Man, a fictional horror character.

Morgan Geyser, sent to a state mental health facility after a 2014 stabbing attack on a sixth-grade classmate that they claimed was to appease the horror character Slender Man, is petitioning for her release.

Leutner was left for dead, but crawled out of the woods and was found by a bicyclist. Weier and Geyser were later found walking along Interstate 94. They later pleaded guilty, but were committed to the state mental health facility for treatment.

In 2021, Weier petitioned the court was granted conditional release to live with her father on GPS monitoring. Similar restrictions would be likely if Geyser is granted her request.