Slowly but surely, power is restored to homes in Delaware County

GLEN MILLS, Pa. - Roads blocked with no power – trapped in their own neighborhoods. Severe storms Thursday night continue to cause problems Saturday in Delaware County.

Though even a tornado touched down, hope is not lost. 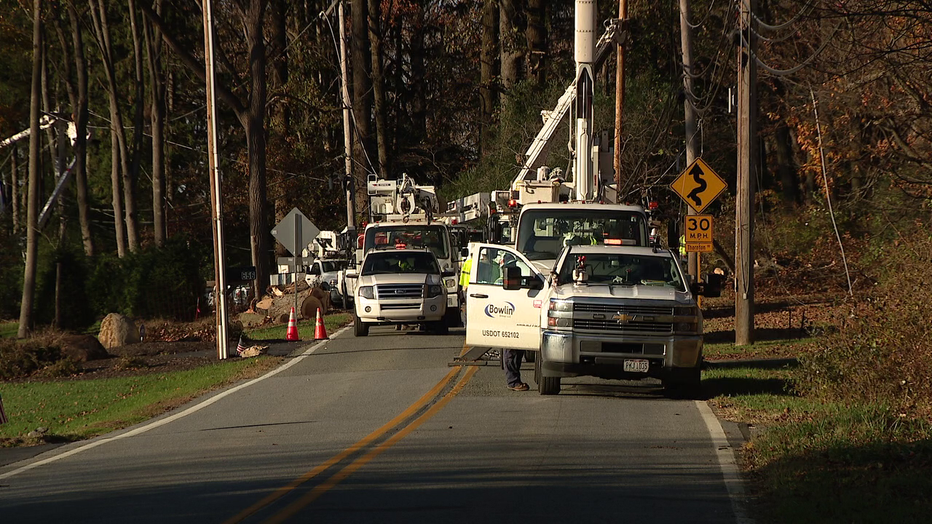 Resident Harvey Short was out making good use of his generator.

“We walked around the corner. There was no way we were going to be able to get out,” Short explained.

Delaware County started the day with twelve key roads still blocked. By Saturday evening, the number of roads blocked was down to three. 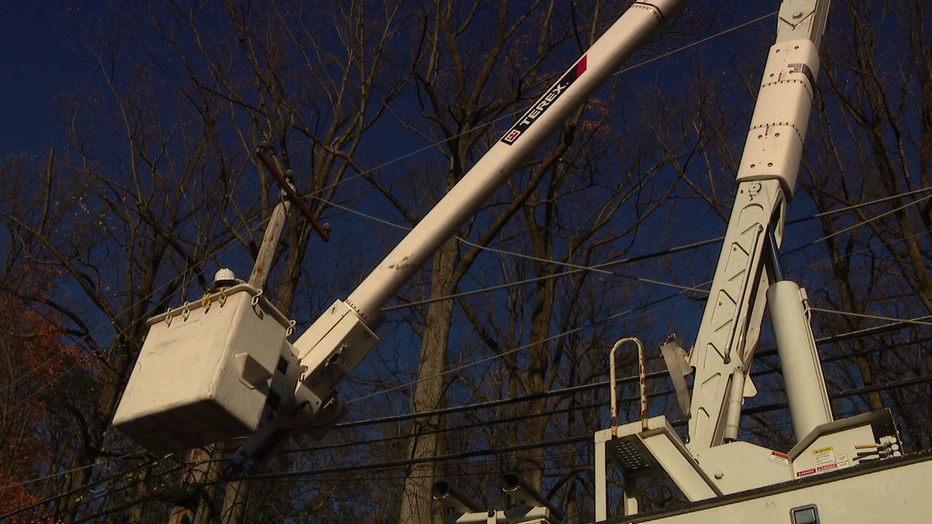 A family without power on Cheney Road was spending time on the front porch of their home and, when they got cold or needed to charge their phones, they headed into the car.

“Frustrated, because we want to be able to be warm and ear, but this isn’t our cause, the weather. Can’t change it, so all we can do is ride it out and wait,” Sabrina Voorhees stated.

“I hope it’s done today. I will even climb a pole if they want me to, to get it running,” Colleen Henne half-joked.

Crew from Ohio came from Ohio Saturday afternoon, getting the call to help and support Friday. About 80 contractors traveled from Cincinnati, crossing state lines to speed up the repairs. 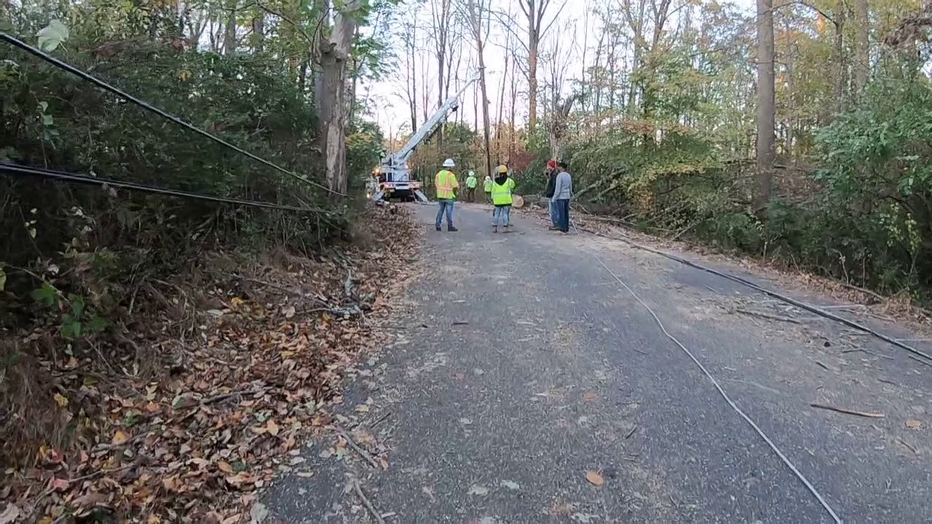 “Without the mutual assistance aid, realistically, it would take contractors two to three weeks, whereas when you’ve got multiple companies coming in, you can get power back up within two to three days,” explained Glenn Sizemore, with Bowlin Group.

Sabrina Voorhees and her family is hoping the power is back up Saturday. If the church sign across the street is any indication of the hope of power restored, it will be.