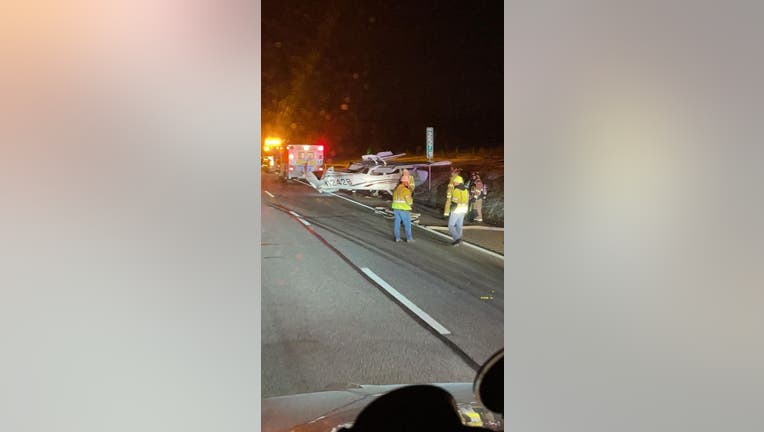 LANCASTER, Pa. - A small plane landed on the Pennsylvania Turnpike Monday evening, shutting down some traffic and prompting a crash, authorities said.

Turnpike Commission spokesperson Carl Defebo told WGAL-TV the plane apparently made an emergency landing and then was struck by a vehicle.

Authorities did not immediately disclose any injuries, WGAL-TV reported.

The Pennsylvania Turnpike tweeted shortly after 6:30 p.m. that some traffic was blocked between Lebanon-Lancaster Exit #266 and Harrisburg East Exit #247. The road was cleared a couple of hours later.

The aircraft was believed to be a local small propeller plane, Defebo said.