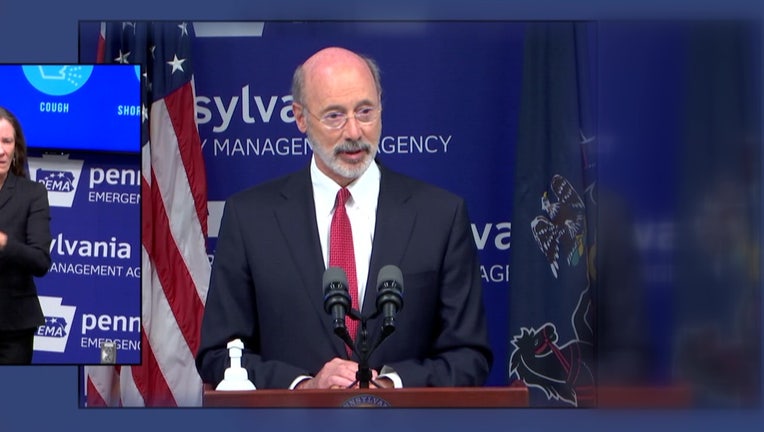 HARRISBURG, Pa. - Gov. Tom Wolf will move his annual budget address to Wednesday, amid a snowstorm that was prompting restrictions on highways across Pennsylvania and the cancelation of legislative hearings and sessions, his office said.

The release of Wolf's budget proposal and his address had been scheduled for Tuesday.

Pennsylvania governors typically deliver their messages about state spending plans and priorities on the Tuesday in the first full week of February.

In 2005, then-Gov. Ed Rendell asked House and Senate leaders to push back his speech a day to so it would not conflict with him and others returning from the Philadelphia Eagles' appearance in the Super Bowl or a potential Eagles victory parade.

Legislative leaders agreed to the request, but the Eagles lost that year.

In any case, the setting for Wolf's seventh budget address will be unusual because of the pandemic.

Wolf will deliver the address — usually 30 or 40 minutes long — by a pre-recorded video instead of speaking in-person to a joint session of the House and Senate.

Lawmakers will not join each other in a joint session, but plan to watch the video on screens in their respective chambers, or from home, since many may not travel in the snow and others routinely join floor sessions remotely to protect themselves during the pandemic.