A veterinarian office in Society Hill is dealing with a bit of a mess after a water main break last week.&nbsp;FOX 29's Bruce Gordon has the story.

PHILADELPHIA - A veterinarian office in Society Hill is dealing with a bit of a mess after a water main break last week.

As a certified veterinary technician, Aimee Garrity should be caring for four-legged patients. Instead, she and a couple of volunteers spent the day bailing water from the Society Hill Veterinary Hospital.

“I feel like we are letting them down and holding back our response to them because we’re trying to deal with the flood that’s in our building right now," Garrity told FOX 29.

A water main break last Friday afternoon sent water seeping into the basement level of the hospital located at 2nd and Lombard. Since then, Philadelphia Water Department crews have been back just about every day and the clinic has seen four separate floods, shutting down dental, surgical and radiology suites. 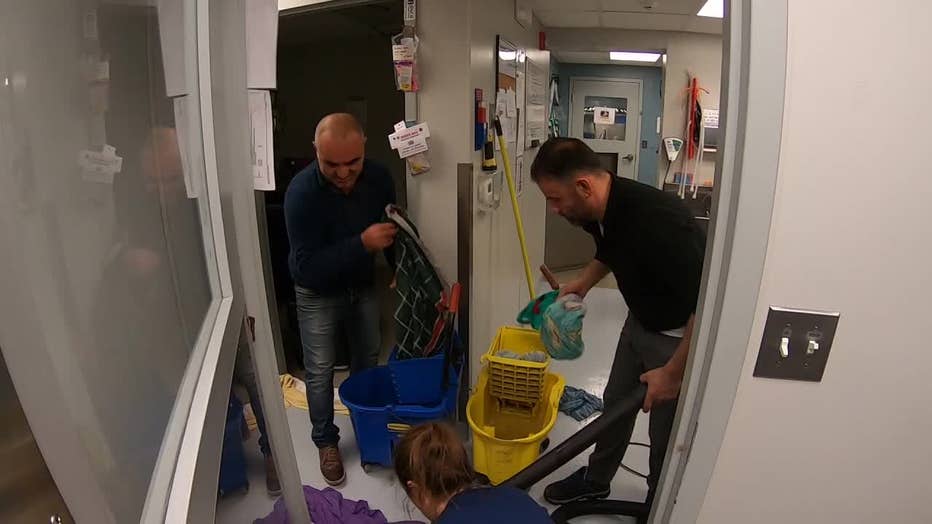 “Enough is enough. We’re ready to say fix the problem. Figure it out. Have the crews you need to bring and don’t keep doing these shifts where nobody knows what went on in the last shift,"  Dr. Claudia Casavecchia said.

Truman the Shitzu was s on schedule for his bloodwork, but medical procedures for other pets have been postponed while the flooding is addressed.

This part of the city is filled with 18th-century charm, but 19th-century infrastructure, meaning life for businesses and homeowners can be a challenge.

“It’s disruptive and we try to let people know if we have knowledge of when things are to be shut off. Situations like this when it’s an emergency, it’s sort of you have to deal with it on the spot," Executive Director of South Street Headhouse District Mike Harris said.

Until things dry out, Dr. Casavecchia won’t know if her building’s foundation has been comprised or to what extent her expensive medical equipment has been damaged.