SOUTH PHILADELPHIA - Residents are fed up with illegal trash dumping in South Philadelphia. On the corner of 8th and McKean, just half a block away from a pre-school, trash nearly clogs up the sidewalk.

“It's really disappointing. We refer to it as the trash pile. When we park nearby it’s like oh, I’m near the trash. It’s a landmark for us," resident Lindsay Wega told FOX 29.

It's a landmark no one wants to visit or pay for. Rita-Anne Provenzano took to the ‘Being Neighborly: Philadelphia' Facebook page Monday morning after being fed up with the street corner.

"It's the alcohol bottles and things like that, too. You have to decide where you're going to go," she explained. 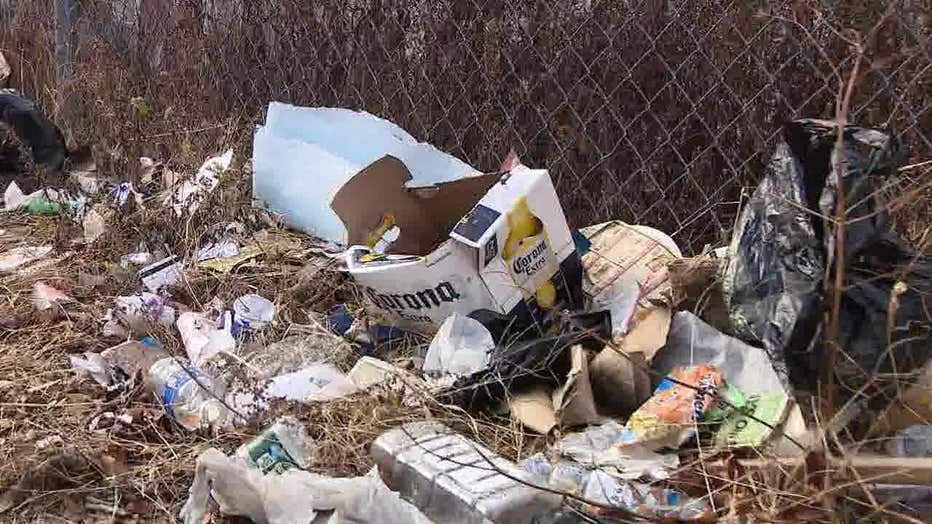 Trash dumping has become a big issue at a South Philadelphia intersection.

After FOX 29 reached out to the Philadelphia Streets Department multiple times, a trash crew showed up just after 2:30 p.m. Monday and started clearing the entire sidewalk. City crews say it’s nearly impossible to keep up with and said they were just there recently.

“It’s really disgusting and you can only imagine in the summertime with the higher temperatures how this trash can smell," Wega said.

The Streets Department tells FOX 29 they are adding this to the list of intersections and sites with illegal dumping.