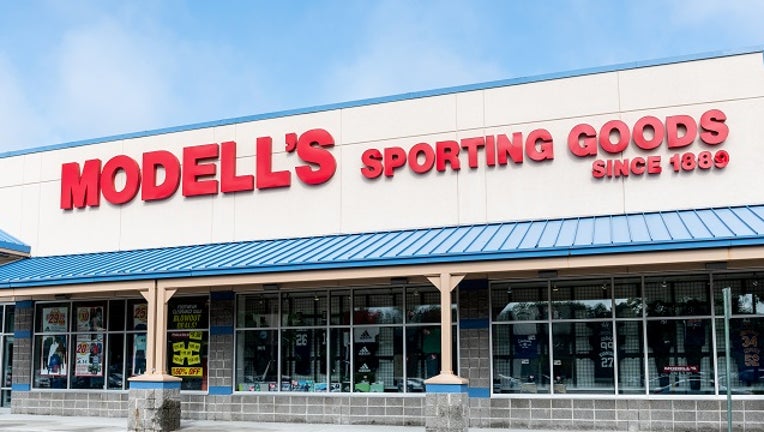 NEW YORK - Modell’s Sporting Goods, the century-old family-owned sporting goods chain, has filed for Chapter 11 bankruptcy and will be closing its remaining 115 stores.

It becomes the latest traditional retailer to succumb to a fast-changing environment. In recent years Payless ShoeSource Corp., Toys R Us and children’s chain Gymboree have filed for Chapter 11 reorganization or liquidated their operations.

A Modell’s spokeswoman said that as of Wednesday the company had 3,623 employees.

The New York-based retailer known to New Yorkers for its “Gotta Go to Mo’s” advertising slogan, said Wednesday it will start liquidation sales at the remaining stores Friday morning. It will team up with Tiger Capital Group to oversee the going-out-business sales. Tiger had helped the company liquidate 19 stores prior to the filing.

Modell’s has had its own challenges and the liquidation in 2016 of sporting goods giant Sports Authority, a 450-store chain, didn’t offer much respite. The chain, which sold mid-priced active wear brands, faced increasing competition from Dick’s Sporting Goods, the only national sporting goods chain left. Dick’s recently pulled out of a sales slump by focusing on service at the stores and catering more to women.

Meanwhile, Modell’s wrestled with more competition from Target, Walmart and Kohl’s, all of which are sprucing up their activewear lines. Amazon has been stepping up its assortments too. And at the high end, shoppers have options like Lululemon and Gap’s Athleta.

Founded in 1889 by Morris A. Modell, the first Modell’s store was located on Cortlandt Street in lower Manhattan, according to the company website. The chain, which is being run by the fourth generation of the Modell family, developed the business into a chain of over 150 stores throughout the Northeast.