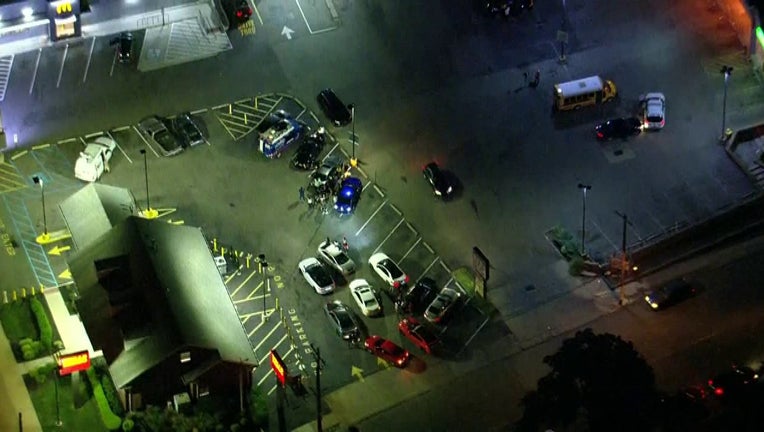 Skyfox over the scene of a stolen car found with a baby inside at Cottman and Tabor.

NORTHEAST PHILADELPHIA - A massive police presence at Tabor and Cottman Avenue Wednesday night where officers found a reported stolen car, with a child inside.

Philadelphia Police confirm a woman walked into a fast food restaurant nearby and left the car running with a nine-month old baby boy asleep.

Police say that’s when she saw a man jump in and take the car.

She called 911, sparking a search.

Officers found the car, abandoned, about a half hour later, before 11 p.m., with the baby inside, still in his car seat.

The baby was not hurt and has been reunited with his mother. The driver was not found.