Police say a 50-year-old man was closing up his convenience store for the night, when he was shot once in the head. He was listed in extremely critical condition at the hospital. FOX 29's Dave Schratwieser reports.

NORTH PHILADELPHIA - A Philadelphia store owner is in extremely critical condition after police say he was shot in the head while closing his store Sunday night.

Officers responded to the convenience store on the 2400 block of Ridge Avenue for a report of a shooting around 10 p.m.

Police found the victim Dario Rodriguez, 50, leaning against the front door of the store, suffering from a single gunshot wound to the head. Responding officers rushed him to the Temple Hospital where he was listed in extremely critical condition.

Investigators say a family member who was inside the store at the time of the shooting told them the owner had just gone outside to close the security grate and lock up for the night.

Family members of  Rodriguez gathered with friends, customers, and fellow business owners outside Urena Fresh Market Monday in shock over the shooting.

“Everybody that knows my father knows he loved his customers, always trying to do everybody a favor,” his son Luis Rodriguez said. 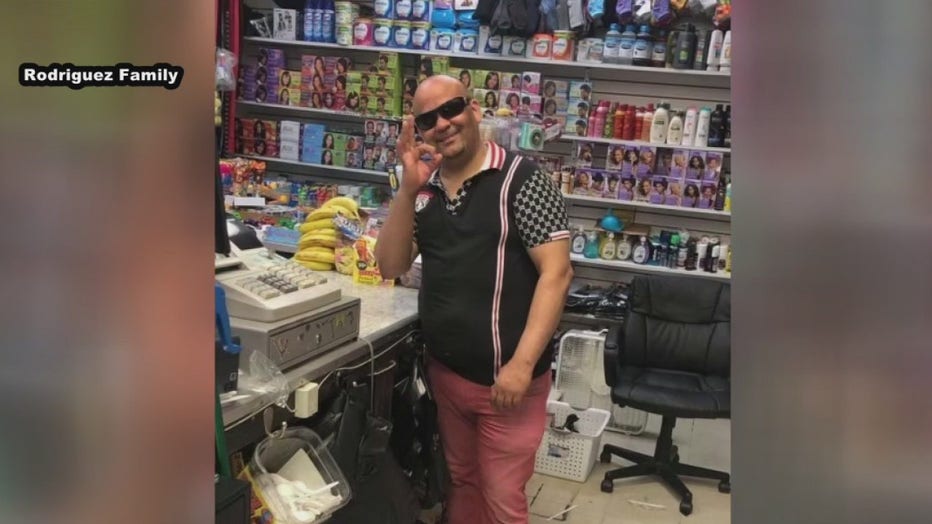 The motive is unknown at this time and no arrests have been made.

The shooting capped what was another violent weekend in Philadelphia as officers responded to four deadly incidents in a span of just 24 hours.

Among those killed was a 12-year-old boy, who police say was shot when going to answer a knock or ring at the front door early Sunday morning.

Family members who were inside the store at the time of the shooting say the owner, 50, had just walked outside to close up when he was shot once in the head.

Man, 19, shot and killed after argument at gas station in Germantown