Captain Mark Burgmann announced the arrest and charges being brought against a 22-year-old man accused of raping a woman inside a bathroom at Macy's in Center City.

PHILADELPHIA - A Philadelphia man is facing a number of charges after police say he sexually assaulted and robbed a woman inside a Macy's bathroom Sunday afternoon in Center City.

The "distinctive clothes" Uqdah is said to have worn during the assault were found inside the home, as well as the sharp object he used to threaten the victim during the assault, according to Captain Brugmann. 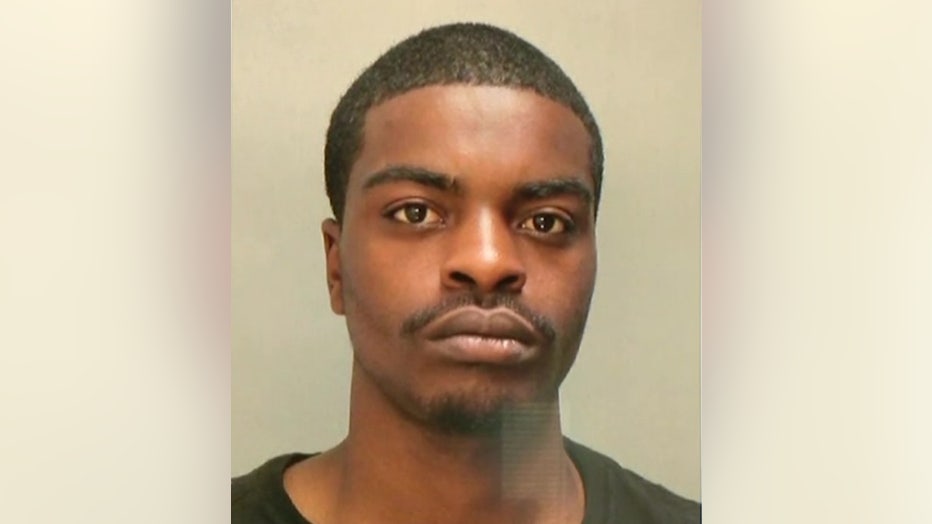 The incident occurred inside the women's restroom at the Macy's Store on the 1300 block of Market Street around 11 a.m. Sunday. Captain Brugmann said Uqdah headed straight for the women's bathroom and waited around 20 minutes before attacking a 55-year-old woman.

"While she's in the stall, he came over the top of the stall that's when he threatened her, dragged her into a stall a little further down, and assaulted her," Burgmann said.

Investigators say the suspect threatened to kill the woman with a sharp barbecue skewer if she made any noise, then sexually assaulted the victim and robbed her. He also stole more than $60 from the victim.

"It's pretty brazen for him to go inside the bathroom for 20 minutes, wait there thinking somebody else would come in and find him," Burgmann added.

The suspect was caught on video as he left the store quickly and crossed Market Street. Police say he got off a train to 52nd and Market and disappeared. On Wednesday, Brugmann went over the "painstaking" work done by SEPTA to comb through video in order to follow Uqdah throughout the city.

Uqdah was further developed as a suspect after police received an anonymous tip late Tuesday night. The victim later positively identified Uqdah as her attacker, according to Brugmann.

Authorities said Uqdah has a criminal record, but his past offenses have not been sexually based. Police do not currently know of any additional victims, but Brugmann said they are looking into the possibility.