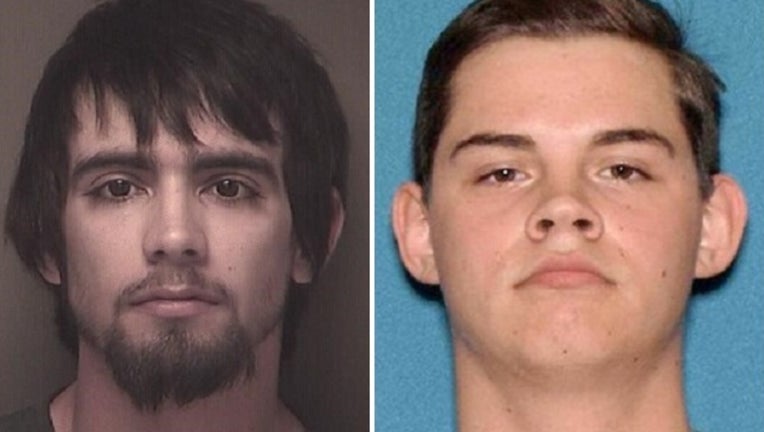 Alan McGinnis (left) was charged with the death of Cody MacPherson (right), who went missing in the fall of 2017.

TOMS RIVER, N.J. (WTXF) - Authorities have arrested the man they say is responsible for the death of Cody MacPherson, who was reported missing from New Jersey in September 2017.

Alan McGinnis, 27, of Pemberton, was charged in connection with MacPherson's death after MacPherson's remains were discovered in the Colliers Mills Wildlife Management Area in March.

A district warden with the New Jersey Forest Fire Service was preparing a controlled burn near South Stump Tavern Road in Jackson when he noticed human remains under logs nearby. When he moved closer, he noticed what he believed to be a human skull.

Prosecutors: Man indicted in stabbing death of father in Millville

Further investigation revealed that, during the early hours of Sept. 24, McGinnis allegedly stabbed MacPherson multiple times on the 200 block of Pardee Boulevard in Pemberton Township.

Investigators say McGinnis then transported MacPherson's body in the trunk of a car to the area where the victim's remains were later discovered.

McGinnis allegedly traveled back to Pemberton, where the scene was cleaned of visible blood and other evidence. A week later, he allegedly returned to the site where he disposed of MacPherson's body to destroy evidence associated with the crime.

McGinnis was charged Saturday with murder, kidnapping, improper disposal of human remains, destruction of evidence and related offenses. He is currently lodged in Ocean County Jail. ​​​​