A homeowner turned the tables against a suspected burglar in Ventura County.

VENTURA COUNTY, Calif. - A homeowner turned the tables against a suspected burglar in Ventura County.

According to the Ventura County Sheriff's Office, a homeowner came home to at least two people trying to steal his stuff. The homeowner saw one person running from the house ("Suspect 1") but the second suspect ("Suspect 2"), however, was not able to complete his illegal mission.

Deputies described the incident between Suspect 2 and the homeowner as a "physical confrontation." However, judging by the mugshot of the suspect – later identified as Alexis Provoste – it appears the homeowner was able to hand Provoste a major beat down before deputies arrived at the house to arrest him. 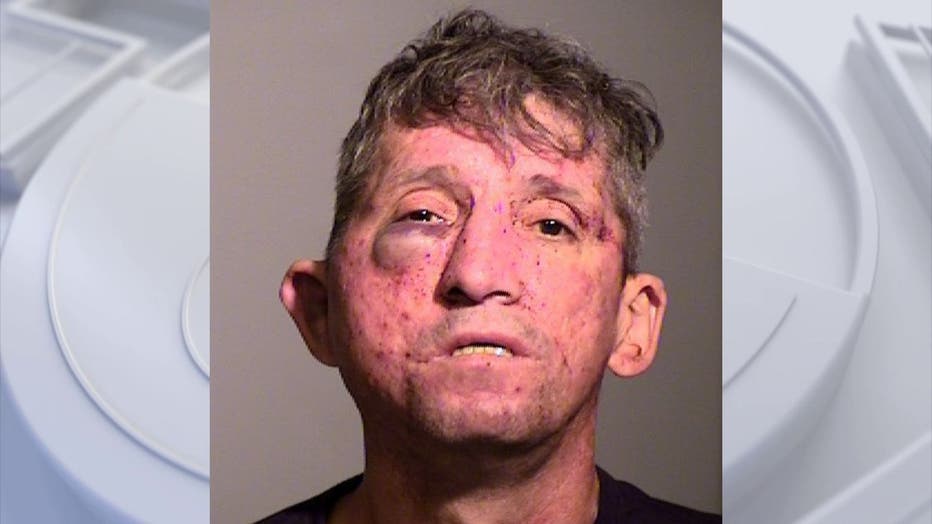 A suspected burglar suffered a beat down by a homeowner after the suspect was allegedly caught walking downstairs inside a Ventra County home. (PHOTO: Ventura County Sheriff's Office)