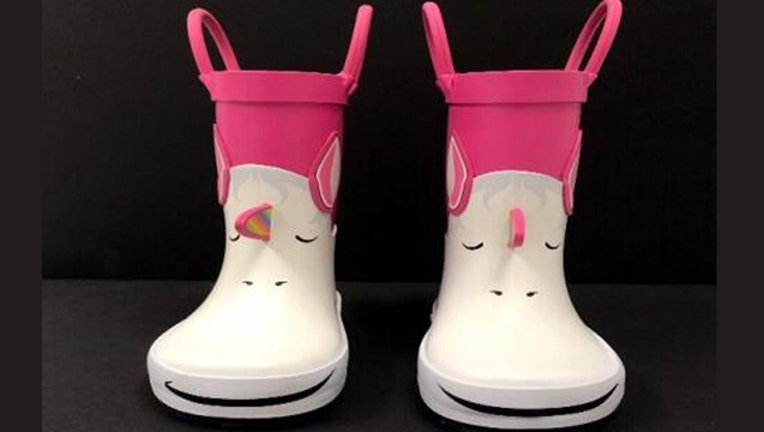 Target has issued a recall for a pair of toddler boots due to a choking hazard.

The recall covers the Cat & Jack "Lilia" toddler unicorn rain boots in sizes 5-12 as the horn on the unicorn's head on the boots can detach and pose a choking hazard to young children.

11 consumers have reported the horn detaching, but no injuries have been reported so far.

The boots are described as fuchsia with a white unicorn with a horn and mane in fuchsia, orange, yellow, green, and blue.

About 29,000 pairs were sold in Target stores nationwide as well as online on Target's website and Google Express from January to April 2019 for around $20.

Consumers are advised to take the boots away from children and return them to any Target store for a full refund.

KTBC reported this from Austin, Texas.