FOX 2 - A local roller skating rink is coming under fire for its use of facial recognition software after a teenager was banned for allegedly getting into a brawl there.

"To me, it's basically racial profiling," said the girl's mother Juliea Robinson. "You're just saying every young Black, brown girl with glasses fits the profile and that's not right."

A local roller skating rink is coming under fire for its use of facial recognition software, after a teenager was banned for allegedly getting into a brawl there.

Juliea and her husband Derrick are considering legal action against a Livonia skating rink after their daughter Lamya was misidentified by the business's facial recognition technology.

"I was like, that is not me. who is that?" said Lamya Robinson.

Lamya's mom dropped her off at Riverside Arena skating rink last Saturday to hang out with friends, but staffers barred her entry saying she was banned after her face was scanned - saying Lamya was involved in a brawl at the skating rink back in March.

But there was one problem.

"I was so confused because I've never been there," said Lamya.

The Robinsons' beef with Riverside comes as facial recognition technology undergoes more scrutiny. Robert Williams, one of the first in the country to be misidentified and wrongfully arrested over the technology, testified on Capitol Hill Tuesday.

"I just don't think it's right, that my picture was used in some type of lineup, and I never been in trouble," Williams said.

Tawana Petty heads up Data 4 Black Lives, one of 35 organizations signing onto a campaign calling for retailers to not use facial recognition on customers or workers in their stores.

According to campaign organizers, Lowes and Macy's are among those using the technology.

Walmart, Kroger, Home Depot, and Target are among those that are not.

"Facial recognition does not accurately recognize darker skin tones," Petty said. "So, I don't want to go to Walmart and be tackled by an officer or security guard, because they misidentified me for something I didn't do."

The Robinsons say they are thankful the situation did not lead to an unnecessary interaction with police. 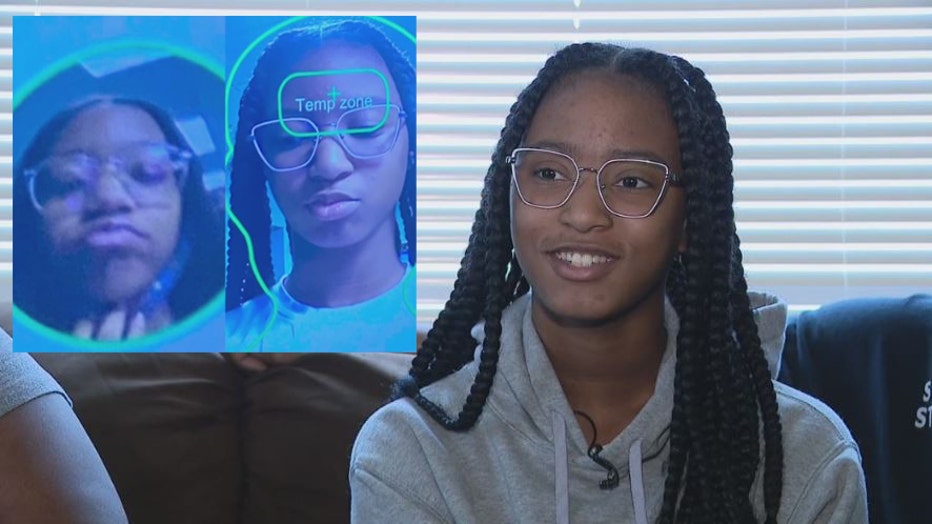 Riverside made Lamya leave the building after misidentifying her, putting her safety, the Robinsons say, at risk.

"You all put my daughter out of the establishment by herself, not knowing what could have happened," said Derrick Robinson. "It just happened to be a blessing that she was calling in frustration to talk to her cousin, but at the same time he pretty much said I'm not that far, let me go see what's wrong with her."

We have a statement from the skating rink which reads in part:

"One of our managers asked Ms. Robinson (Lamya's mother) to call back sometime during the week. He explained to her, this our usual process, as sometimes the line is quite long and it's a hard look into things when the system is running.

"The software had her daughter at a 97 percent match. This is what we looked at, not the thumbnail photos Ms. Robinson took a picture of, if there was a mistake, we apologize for that."