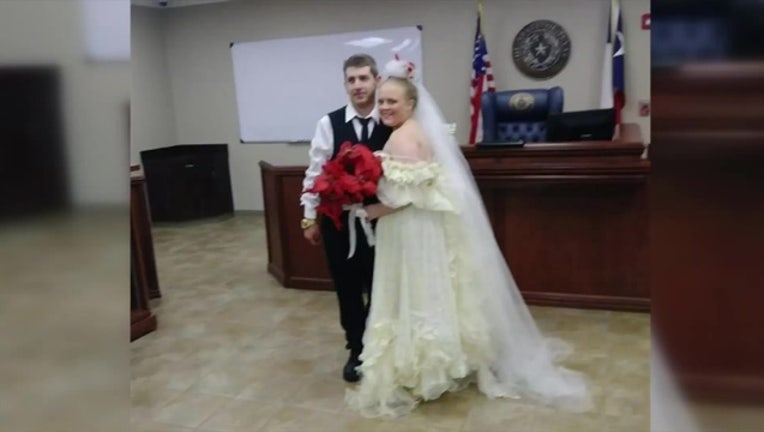 A newlywed couple was killed in a car crash just moments after confirming their union at a courthouse in Orange County, Texas on Friday afternoon.

Harley Joe Morgan, 19, and Rhiannon Boudreaux Morgan, 20 had just left the Justice of the Peace Dubose-Simonton courtroom around 3:00 p.m. when their 2004 Chevrolet was struck by a 2015 Ford F-250 pickup truck towing a trailer carrying a tractor after pulling onto Highway 87 South, according to the Orange Police Department.

The high school sweethearts were tragically killed at the scene of the crash, which was witnessed by the sister and mother of the groom, who had been following the newlyweds after the ceremony, according to KFDM.

The groom's mother, Kennia Lashwana Morgan told the news station that the couple hadn't even been married five minutes before the fatal crash. She said they had been planning a larger ceremony in December.

"I witnessed my own worst nightmare," she said. "That's an image that will haunt me the rest of my life. I won't forget it. It will never go away. I will see that truck hit my baby and kill my baby every night of my life, the rest of the time that I'm on earth."

She added: "I watched my baby die. I'm still wearing my son's blood because I was trying my best to rip him and her out of the car."

Kennia Morgan said to take care of and love your family because you never know when they might be taken from you.

It wasn't immediately known if the driver, who was unhurt in the crash, will face charges.