Waffles the horse and Hemingway the goose need a forever home

These two unlikely friends are looking for a home where they can live out their lives together.

QUAKERTOWN, Pa. - A Bucks County animal shelter is requiring a mini-horse and goose to be adopted together after the pair formed an inseparable bond while abused.

Waffles, a mini-horse, and Hemingway, a goose, came to the Bucks County SPCA together after they were rescued from unsanitary living conditions.

Rachel Freeman, a shelter supervisor, says their bond was forged while they were living in deplorable conditions. Consequentially, the shelter felt it important to keep the pair penned together when they arrived. 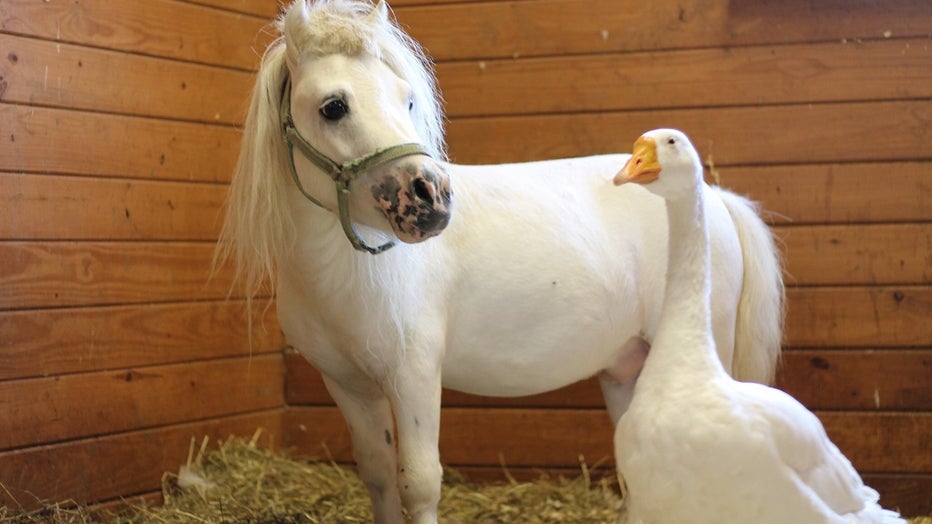 Both Waffles and Hemingway are available for adoption, but there is a catch: They need to be adopted together.

"It's important that you have the right type of land," Freeman said.

If you want Waffles and Hemingway to join your family, an adoption application can be found here.

Those interested in donating to the Bucks County SPCA can do so here.