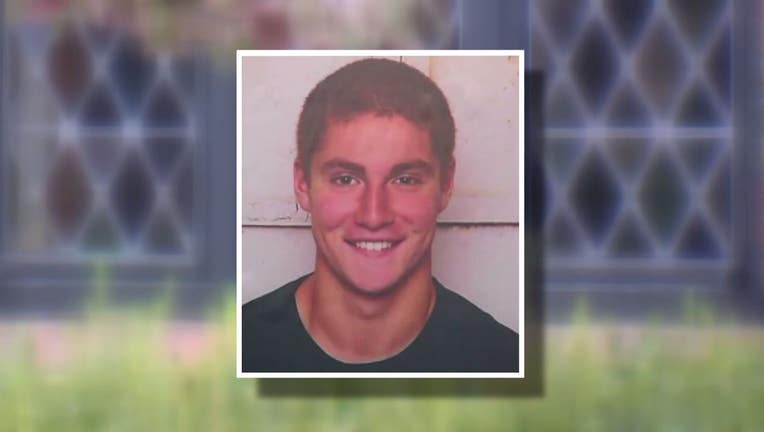 Timothy Piazza, 19, died after having fallen several times during a night of drinking and hazing at a Penn State fraternity.

BELLEFONTE, Pa. - A former Penn State fraternity brother erased security camera footage from the night a pledge died because he knew it would be damaging, prosecutors told a jury Tuesday as the first trial in the case began.

Braxton Becker faces misdemeanor charges of evidence tampering, obstruction and hindering apprehension for his actions after pledge Tim Piazza died after sustaining injuries in a series of falls after a night of drinking and hazing two years ago.

Becker's lawyer raised questions about what investigators saw when they watched Becker retrieve video from a basement closet in the Beta Theta Pi house in early February 2017, according to the Centre Daily Times. At the time, investigators were photographing the scene.

On Tuesday, State College Police Detective Craig Ripka testified that Becker, 22, was cooperative when investigators arrived two days after Piazza's death to collect all the footage they could get.

Months later, however, police noticed there were additional camera angles when they were at the house for an unrelated investigation.

Authorities say the FBI was able to recover deleted footage from the night of Piazza's pledge bid acceptance ceremony.

Police have said the footage was erased at the precise time on the morning of Feb 6, 2017, that Becker, of Niskayuna, New York, had been photographed by Ripka working with the video system.

Investigators have said they recovered a text from Becker the day after the pledge bid ceremony and party that said Piazza "was technically hazed into drinking that much."

Authorities estimate Piazza was given at least 18 drinks in 90 minutes.

Piazza sustained severe head and abdominal injuries and was shown on video in agony as he spent the night on a first-floor couch, stumbling and falling on several occasions.

Fraternity members found him unconscious in the basement the next morning, but took 40 minutes to summon an ambulance.

More than a dozen members of the now-closed fraternity chapter have pleaded guilty, mostly to hazing and alcohol violations.

The trial is expected to wrap up by week's end.