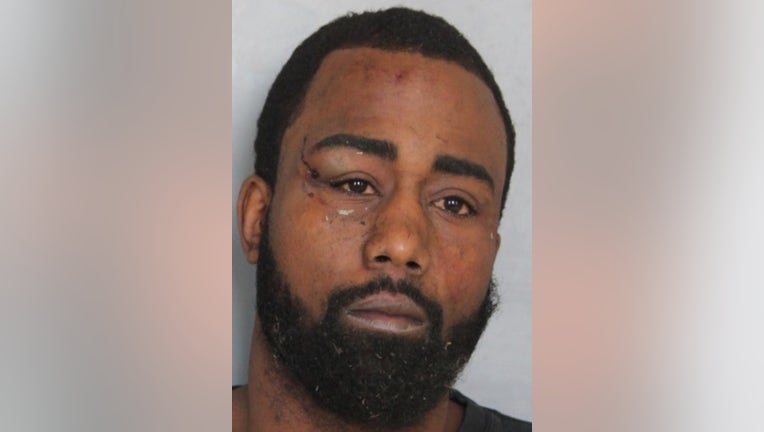 WILMINGTON, Del. - A Philadelphia man who authorities said displayed a gun and threatened to kill a Delaware bar employee who told him to leave because the business was closing was arrested after fleeing from troopers.

Troopers first found Nigel Thomas at the parking lot of Hak’s Sports Bar in Wilmington around 2:00 a.m. Sunday after they were called about two disorderly subjects, the Delaware State Police said in a news release.

State Police said Thomas had displayed the gun to the employee when he and another man, Matthew Battle, were asked to leave. The employee was not injured.

When troopers got to the scene, they told both men to get on the ground but they say Thomas, 31, fled on foot. During the chase, State Police said he pointed a gun at a trooper, dropped the weapon and then fled into an area near the Senator John E. Reilly, Sr. Bridge.

Delaware State Police Aviation, municipal agencies and troopers canvassed the area and found Thomas running through a junk yard, the release said. He was arrested after an officer deployed a K-9 to apprehend him and was taken to a hospital for treatment.

Battle was taken into custody at the scene and later released with a criminal summons for offensive touching.

Troopers recovered a discarded handgun loaded with seven rounds of ammunition near the bridge where Thomas fled. He faces several charges, including aggravated menacing and weapons charges, and has been booked on a nearly $36,000 cash bond.

It was not immediately clear if he has an attorney who could comment on his behalf.