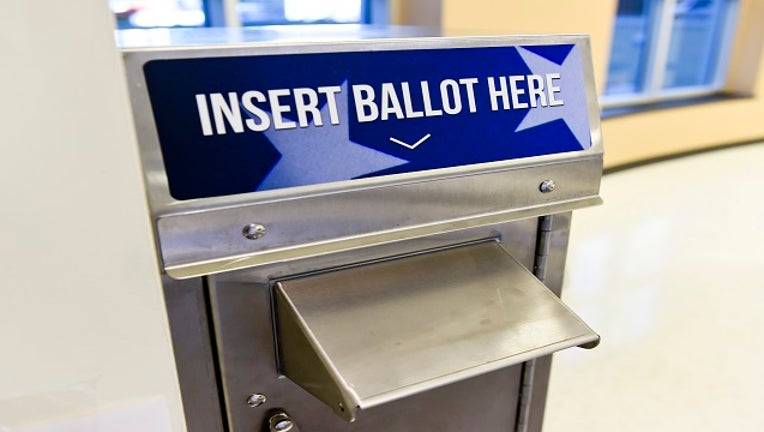 HARRISBURG, Pa. - The Trump campaign has been videotaping people as they deposit ballots in drop boxes in Philadelphia in what it says is an attempt to catch violations, surveillance that the battleground state’s Democratic attorney general suggested could amount to illegal intimidation.

The campaign acknowledged the taping in a letter from a lawyer that complained it had caught voters on video illegally depositing multiple ballots. City elections officials responded they could not confirm the activity was inappropriate under Pennsylvania law.

Linda Kerns, the lawyer for the Trump campaign — which has already sued to ban the use of drop boxes — wrote to city election officials last week to request that they end the use of “unmanned drop boxes.” The New York Times first reported the development Thursday.

Philadelphia and many other heavily populated counties in Pennsylvania are using drop boxes to help collect an avalanche of mail ballots under a year-old law greatly expanding such voting.

Kerns wrote that video taken by a campaign representative shows three people dropping off as many as three ballots in a limited time period Oct. 14.

Pennsylvania law, in most cases, requires voters to deliver their own mail-in ballots, Kerns wrote, although it makes an exception for voters with disabilities.

Kerns suggested the images amount to “blatant violations” of state election law and said the campaign would sue, unless the city’s election office “commits to remedy this problem immediately.”

She asked for copies of city surveillance video at City Hall, for a list of voters who dropped ballots in the Philadelphia City Hall drop box on Oct. 14, and that the ballots be set aside “until an investigation can determine whether the ballots were personally delivered” by the voter.

In a response, a city lawyer, Benjamin Field, wrote Monday to Kerns to reject her assumption that the law was violated. Third-party delivery is permitted in certain circumstances, he wrote.

Though the city had forwarded the campaign’s information to the district attorney’s office, Field said, the elections office does not track whose ballots are dropped into particular drop boxes.

In any case, Shapiro’s office said, Trump’s campaign had provided similar photos and videos in a lawsuit in federal court in its effort to ban drop boxes. A judge threw out the case.

Plaintiffs — including four registered voters from Somerset County and a Republican congressional candidate — asked a federal judge in Pittsburgh to block the deadline extension in the presidential battleground state from going into effect.

The state Supreme Court last month ordered county election officials to receive and count mailed-in ballots that arrive up to three days after the Nov. 3 election, until Nov. 6, even if they don’t have a clear postmark, as long as there is no proof it was mailed after the polls closed.

The new lawsuit said the court’s deadline extension and the lack of a postmark requirement “will allow for late and otherwise unlawful ballots to be counted.”

That is unconstitutionally unfair to in-person voters and exceeded the court’s authority by exercising a power that is constitutionally vested in Congress and the Legislature, it said.

With the plaintiffs seeking expedited consideration, the new argument could theoretically arrive at the U.S. Supreme Court after Trump’s nominee, Amy Coney Barrett, is sworn in, providing a tie-breaking vote before the election.

Most states make Election Day the deadline, but more than 20 states have a post-Election Day deadline.

Several lawsuits — including another filed against Philadelphia by Trump’s campaign — are currently being fought over how Pennsylvania’s election is being conducted. The wave of court cases has prompted concerns that the presidential vote count will be heavily litigated and dragged out for weeks.