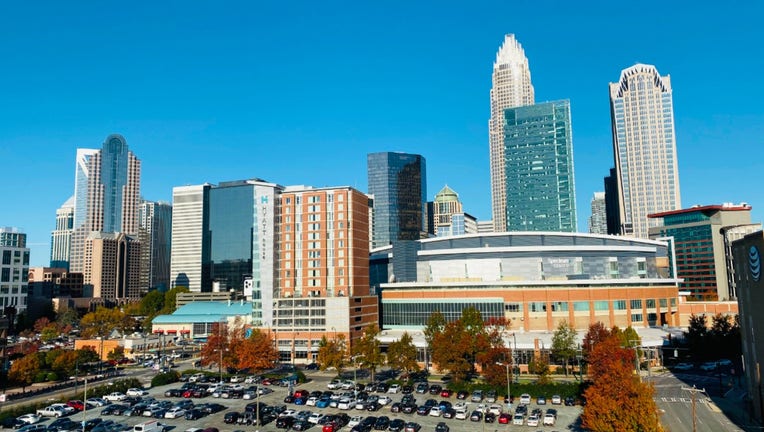 The Spectrum Center in Uptown Charlotte, North Carolina, as seen on November 13, 2019. (Photo by DANIEL SLIM/AFP via Getty Images)

RALEIGH, N.C. (AP) - President Donald Trump says he is seeking a new state to host the Republican National Convention after host North Carolina refused to guarantee the event could be held in Charlotte without restrictions because of ongoing concerns over the coronavirus.

Trump tweeted the news Tuesday night, complaining that the state's governor, Democrat Roy Cooper, and other officials "refuse to guarantee that we can have use of the Spectrum Arena" and are not "allowing us to occupy the arena as originally anticipated and promised."

Trump says the party is "now forced to seek another State to host the 2020 Republican National Convention," Trump wrote.