WASHINGTON - The U.S. Senate began hearing opening arguments Wednesday in President Donald Trump’s impeachment trial with proceedings now on a fast track. First up: Democratic House managers making their case that Trump abused his presidential power and should be removed from office.

After late-night deliberations over the rules almost ensured no new witnesses will be heard, the trial picked up speed. There were few signs of Republican resistance to quickly assessing, and voting, on charges related to Trump’s dealings with Ukraine.

Senators rejected all attempts to bring in new witnesses — including top Trump aides — and are likely to do so again next week, shutting out any chance of new testimony.

Chief Justice John Roberts gaveled open the session as senators settled in for a several long days of proceedings.

Trump, who was in Davos, Switzerland, attending a global economic forum, suggested he would be open to his advisers testifying, then quickly backtracked, saying there were “national security” concerns that would stand in the way. 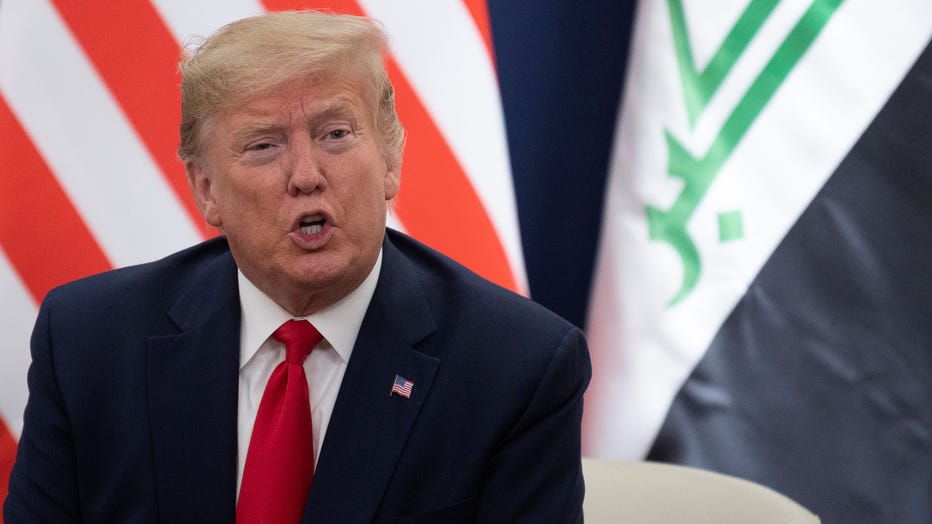 President Donald Trump speaks with President of the Kurdistan Regional government (IKRG) during a meeting at the World Economic Forum in Davos, on Jan. 22, 2020. (Photo by JIM WATSON/AFP via Getty Images)

"I’ll leave that to the Senate,” Trump said on the question of witnesses.

The trial marks just the third time the Senate has weighed whether an American president should be removed from office. Democrats argue Trump abused his office by asking Ukraine to investigate political rivals while withholding crucial military aid, and also obstructed Congress by refusing to turn over documents or allow officials to testify in the House probe. Republicans have defended Trump’s actions and cast the process as a politically motivated effort to weaken the president in the midst of his reelection campaign.

Rep. Adam Schiff of California, chairman of the House Intelligence Committee and leader of the prosecution team, launched into opening arguments referring to Alexander Hamilton and the country’s other Founding Fathers who wrote impeachment into the Constitution.

"We are here today in this hallowed chamber, undertaking this solemn action for only the third time in history because Donald J. Trump, the 45th president of the United States, has acted precisely as Hamilton and his contemporaries feared,” Schiff said. 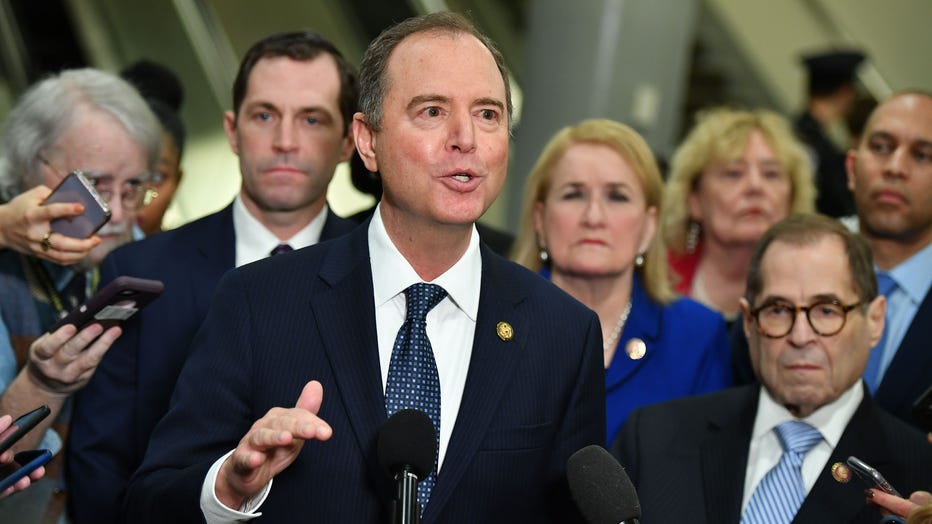 Lead House Manager Adam Schiff speaks to the press at the U.S. Capitol in Washington, D.C., on Jan. 22, 2020. (Photo by MANDEL NGAN/AFP via Getty Images)

After that, there will be 16 hours for senators, who must sit quietly at their desks, no speeches or cellphones, to ask written questions, and another four hours for deliberations.

By the end of next week there is expected to be one last vote on whether or not they want to hear from more witnesses, and it appears increasingly likely that will be the end.

The trial opened Tuesday and wrangling over the rules stretched late into the night, with Republicans shooting down one-by-one Democratic efforts to get Trump aides including former national security adviser John Bolton, Secretary of State Mike Pompeo, and acting chief of staff Mick Mulvaney, to testify as witnesses.

The trial began with a setback for Republican Senate leader Mitch McConnell, who backed off his plans to limit each side’s arguments to two days. But the GOP remained united in batting back Democratic requests for witnesses and ultimately approved a rules package that pushes off a final decision on whether or not to seek additional testimony until later in the trial.

Senate Republicans have for now blocked Democratic motions to immediately call witnesses and subpoena documents during the impeachment trial.

Senate Democratic Leader Chuck Schumer bemoaned the limitations, saying the impeachment trial “begins with a cloud hanging over it, a cloud of unfairness.”

Republicans were eager for a swift trial. Yet Trump’s legal team passed on an opportunity to file a motion to dismiss the case on Wednesday, an acknowledgement that there were not enough Republican votes to support it.

“It's not our job to make it easy for you," Schiff told the Senate. “Our job is to make it hard to deprive the American people of a fair trial.”

White House counsel Pat Cipollone, the president's lead lawyer, called the trial “a farce.” He scoffed that the House charges against Trump were “ridiculous.”

The White House legal team did not dispute Trump's actions, when he called Ukraine and asked for a “favor,” which was to investigate Biden as he withheld military aid the ally desperately needed as it faced off with hostile Russia on its border. But the lawyers insisted the president did nothing wrong.

In Davos, Trump repeated his attacks on Democratic House managers serving as prosecutors in the trial, saying that he'd like to "sit right in the front row and stare at their corrupt faces" on the Senate floor during the trial but that his attorneys might have a problem with it.

And he said he wants to deliver the State of the Union as scheduled on Feb. 4 even if the trial is ongoing, calling the address “very important to what I am doing” in setting his administration’s agenda.

The impeachment trial is set against the backdrop of the 2020 election. All four senators who are Democratic presidential candidates were off the campaign trail, seated as jurors.