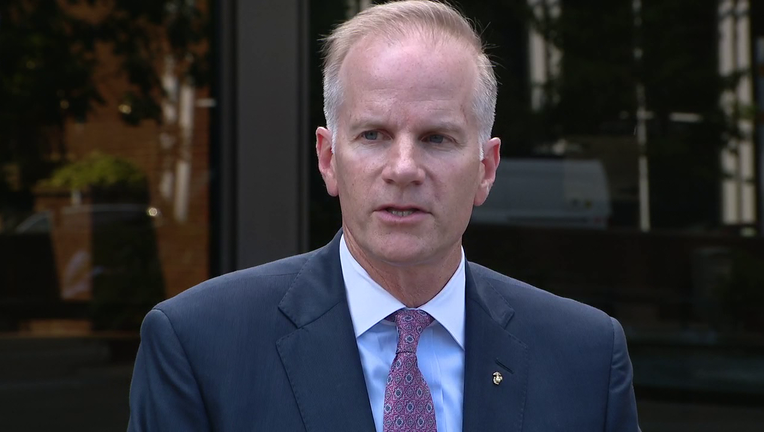 PHILADELPHIA - Philadelphia's top federal prosecutor says the shooting of six police officers during a 7 1/2-hour standoff was precipitated by a disrespect for law enforcement that the city's district attorney is championing.

U.S. Attorney William McSwain said Thursday in a news release that disrespect puts police in danger. The top prosecutors have a sharp ideological divide. McSwain is a President Donald Trump appointee and Larry Krasner is a longtime civil rights lawyer.

The six officers had non-life-threatening injuries and have been released from the hospital. The suspected gunman is in custody after surrendering.