Video shows the moments when shots rang out before six officers were shot and a lengthy standoff ensued.

PHILADELPHIA - The moment shots first rang out in a shooting that wounded six officers in North Philadelphia was all caught on home surveillance video.

Video shared with FOX 29 by neighbor Eric Garrity shows the chaotic scene as officers narcotics strike force officers go into a home on the 3700 block on North 15th Street.

Once several officers go inside, gunfire breaks out and the officers scramble out of the home while nearby officers find cover.

One officer can be seen crawling out the front door of the home before he was assisted by a fellow officer.

Residents in neighboring homes and walking the streets can also be seen taking cover. 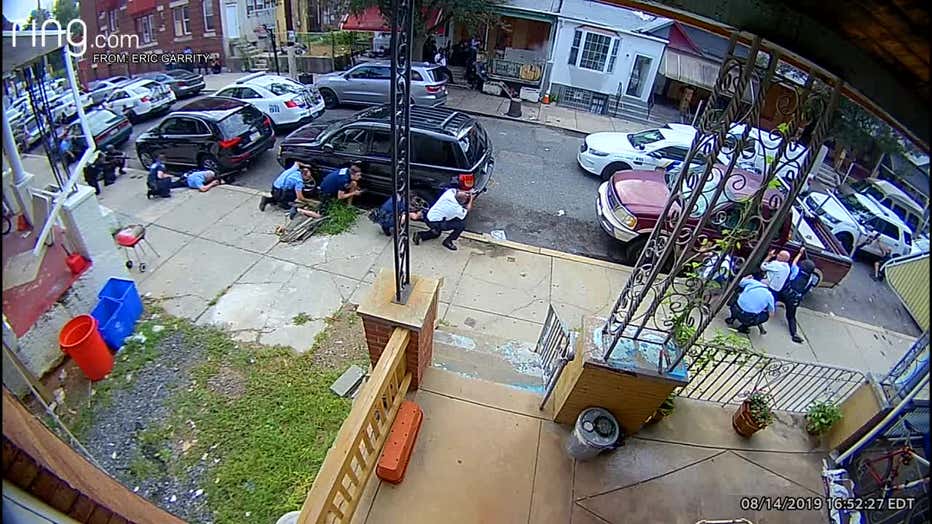 Neighbors tell FOX 29’s Sabina Kurikose sharpshooters with the police department had entered their home during the incident in order to train guns on the home where the suspect had been firing from.

Later in the video, you can see two officers helping a third officer who appears to have been struck by gunfire.

A total of six officers were struck by gunfire during the incident and all were released from the hospital late Wednesday night. One officer who was hurt in a crash while responding to the scene remains in the hospital.