An Uber driver has been fired after video shows her kicking out a lesbian couple out of her car. FOX 29's Dawn Timmeney reports.

OAKLYN, N.J. - An Uber driver has been fired after video shows her kicking a gay couple out of her car.

Jennifer Mangan and her girlfriend, Kristin Gauthier, were looking forward to a fun Friday night out. The couple grabbed a bite to eat at a restaurant near their home in Oaklyn, New Jersey, then hopped into an Uber to head to the Zac Brown Band concert at BB&T Pavillion in Camden.

"I just kind of leaned in and in a private conversation I said, let's have a great night and I kissed her on the cheek—a simple peck," Gauthier told FOX 29.

That was the moment she said the ride turned ugly.

"Immediately she stopped the car, she looked back and said I won't have that in my car," Gauthier explained.

The couple didn't realize what was going on at first until the two were ordered out of the Uber that's when Gauthier started to record the exchange with her cell phone. 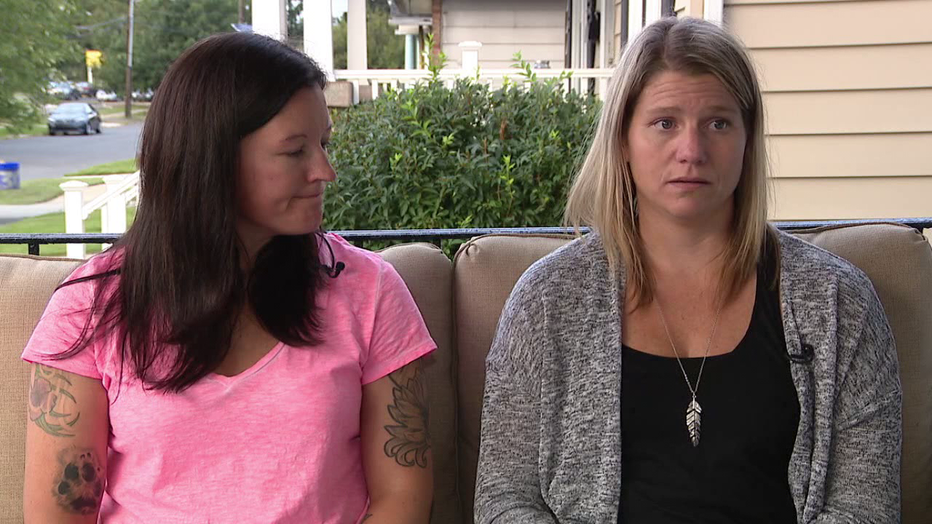 The two women were left on the side of Manor Avenue in the rain. They walked home disappointed and eventually caught a train to the concert.

"I was absolutely appalled and the fact she was a woman, too. She really should be ashamed of herself," Managan said.

"Uber does not discriminate in any form and we have been in contact with this rider. We removed the driver's access to the app as soon as we were made aware of this incident."

The women say they were impressed by Uber's quick response and they do not blame the ridesharing company.