What the CDC says about COVID-19 and pregnancy

There is still limited data about the safety of COVID-19 vaccines for women who are pregnant.

A woman with COVID-19 who has reportedly been in a coma for nearly a month following her baby’s birth will be taken off life support after the Court of Protection in the United Kingdom ruled not doing so would just "prolong her death," according to U.K. media outlets.

Family members of the woman are fiercely objecting the ruling, however, stating that only God can decide when someone dies.

The Court of Protection in the U.K. allows people to make "decisions on financial or welfare matters for people who can’t make decisions at the time they need to be made (they ‘lack mental capacity’)," according to the department’s website. 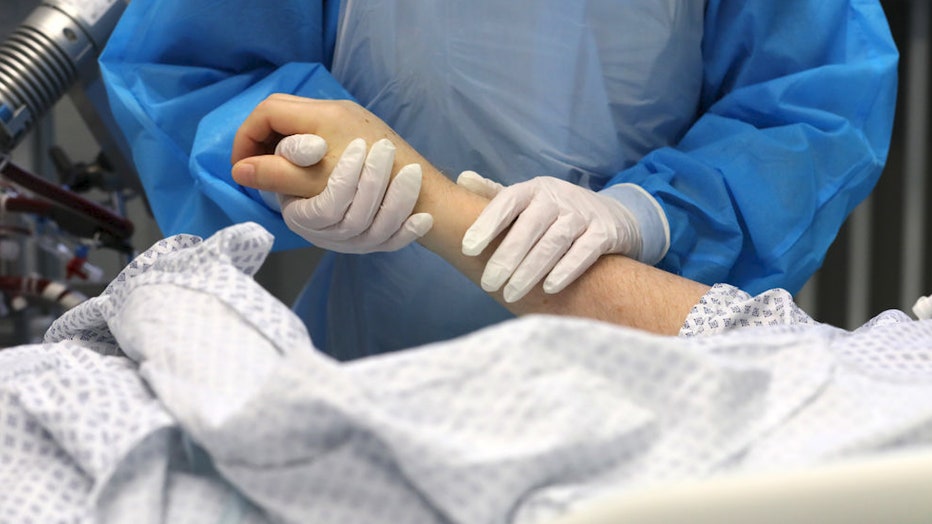 The woman was 32 weeks pregnant when she was rushed to the hospital with COVID-19 and doctors had to deliver her baby via Caesarean section shortly after her admittance, according to a report by the BBC.

Officials in court stated that medical staff found that the woman’s pancreas had stopped functioning and one lung had "died," following her son’s birth, according to The Guardian.

In a subsequent CT scan, images reportedly showed that the woman had no normal lung function.

RELATED: ‘The virus is not done with us’: CDC director says new variants of COVID-19 could stall progress in US

Additionally, the woman suffered from Addison’s disease, which "is a disorder that occurs when the adrenal glands don’t make enough of certain hormones. These include cortisol, sometimes called the ‘stress hormone,’ which is essential for life," according to the National Institute of Diabetes and Digestive and Kidney Diseases.

A judge approved doctors could stop life-supporting treatments "as evidence showed they were no longer preserving the woman’s life, but prolonging her death," The Guardian reported.

But family members of the woman, who are Muslim, are pleading with the court that the woman be given more time, according to The Guardian.

RELATED: What you need to know about COVID-19 vaccine and pregnancy

"To unplug the machine, this is for us like asking someone to kill us," the woman’s sister said, according to The Guardian. "When God has written our death, that is when we will die."

"This family is seeking a miracle," a judge said, according to The Guardian. "This is a very young mother in circumstances of almost unspeakable sadness."

The woman leaves behind her husband, her newborn son and a 3-year-old daughter.