"These brave ladies are fighting, or have won the battle and we stand in support of them," UGHS Athletic Director Kelli Smith said on Facebook. Smith shared several photos of the young men presenting the women with flowers and hugs. She also shared a touching video of a beloved teacher and cancer survivor, Mrs. Moore, who was brought to tears by the gesture.

Every October, UGHS designates a football game to be a "pink out" in hopes of raising money and awareness for breast cancer. Several years ago, the school's cheerleaders started inviting the visiting team's cheer squad to compete in a friendly contest. Whoever raised the most money for breast cancer awareness was named the winner.

This year, Football Coach Craig Melton told Smith, who's also the cheer coach, he wanted to make the game more meaningful for the boys.

"Since we have three ladies in our building who have battled, or are currently fighting breast cancer, we decided the boys would surprise them on game day with a pink rose," Smith told FOX 5.

Last Friday, ahead of the big game, they gathered in the gym and Coach Melton collected money from each player. According to Smith, the boys purchased the roses with their own money.

"All together, we walked from place to place giving the roses to the ladies in the building," Smith said.

Smith said one of the teachers wasn't able to receive her gift at school because she just had surgery. "We set up a vase in her classroom and the boys put the roses in the vase one by one, then took a group picture in her classroom."

The roses and pink out game shirt were then taken to the teacher at her home on Friday.

"The purpose was to let the boys see, personally, how cancer touches those all around us, even in our own building," Smith said. "The result was amazing as these young men far exceeded our expectation and walked away with an experience they will probably never forget. All that were involved were impacted; tears flowed from the teachers, staff members, players and coaches. It was an amazing thing to be a part of, for sure."

The video of Mrs. Moore receiving her flowers has been viewed more than 44,000 times. The two staff members currently fighting cancer include Mrs. Alvarez and Mrs. Prater. 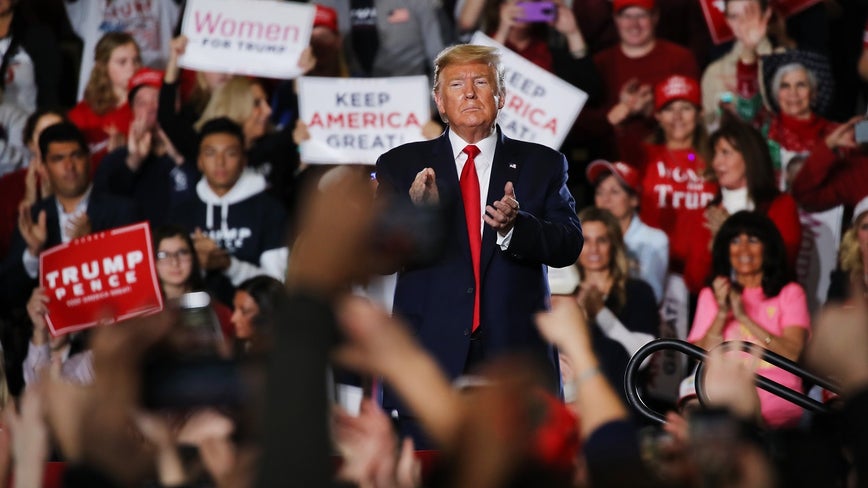