UPPER MAKEFIELD TWP., Pa. - Bucks County residents are on edge after police say there were several thefts from vehicles overnight Monday in the Buckland Valley Farms and River Knoll communities.

Video released by Upper Makefield Township police shows a man walk a driveway in the Buckland Valley Farms development. He is seen crawling into an unlocked SUV and rummaging through a vehicle. The video was captured on a surveillance camera outside of Bob Ferro's house on Bakers Drive. 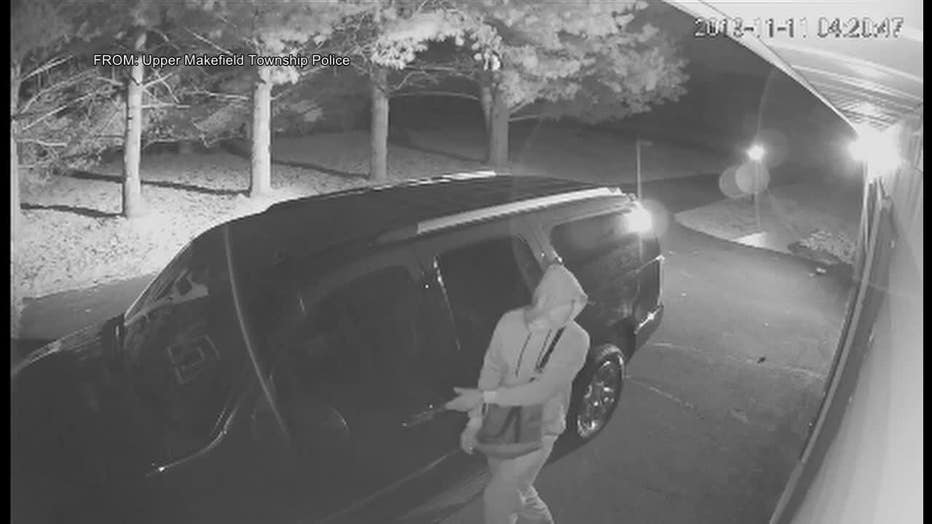 Ferro made the unsettling discovering that he'd been hit just before 4:30 a.m. Monday after learning his neighborhood had been targetted overnight. Ferro says the family dog did not bark and while nothing was taken, his wife was actually up at the time feeding their 8-week-old baby.

"She was up that is the most alarming thing in this whole thing that occurred," he said.

Police say the thief is after cold hard cash.

"My husband woke up around 6:30 and noticed all three of our cars had been ransacked," she explained.

If you have any information, please contact Upper Makefield Township police at 215-968-3020.