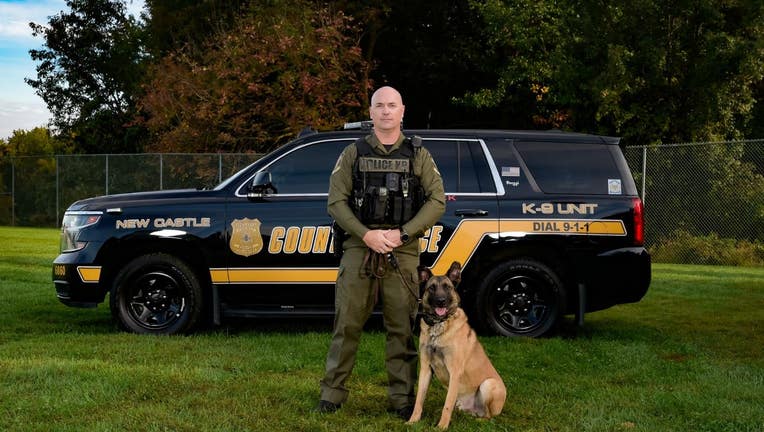 NEW CASTLE, Del. - Ace, Figo and Champ have undoubtedly earned all the treats and praise coming their way!

The three K9s are hanging up their leashes after several years protecting their community as a member of the New Castle County police force.

K9 Ace, a 10-year-old Belgian Malinois, has served citizens for 8 years alongside his handler M/Cpl. Tanyer. He's been awarded an Animal Hero Award from the Delaware Medical Association and recognized in Resolution from the New Castle County Council.

K9 Champ, an 8-year-old Belgian Malinois, has been with the force since September 2015. During his 7-year career, Champ assisted in many felony arrests and narcotic seizures with his handler M/Cpl. Lutes.

The police department celebrated the retirement of the decorated police dogs last week.

"K9 Champ, K9 Ace, and K9 Figo, we are proud of you and all the work you’ve done for your partners, agency, and the community," the department said in a Facebook post. "We wish you all the best retirement ever!"