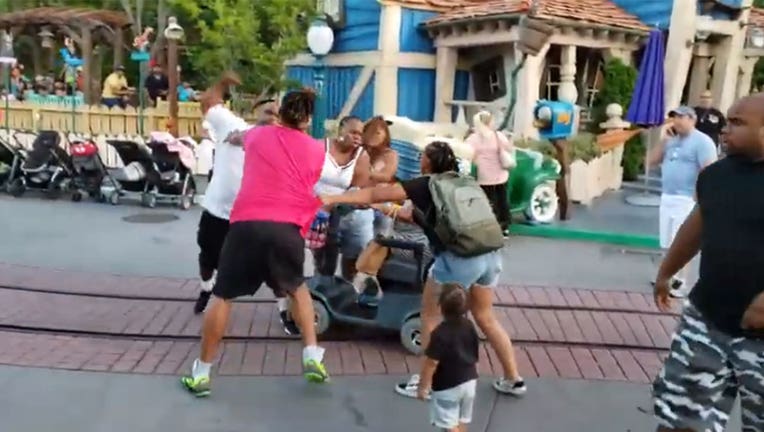 ANAHEIM, Calif. - A violent brawl broke out between guests at the "happiest place on earth" over the weekend, and it was all caught on camera.

The video, posted on YouTube by SJP35 Production, shows a fight that occurred on Saturday at Disneyland's Toontown.

The altercation involved at least two men and two women, who authorities said were related.

The video shows a woman spit in a man's face. He then responds by striking her several times. Moments later, the same man can be seen knocking down another woman, accusing her of hitting his mother. Some spectators are seen attempting to intervene as children and other park guests look on. Children can be heard crying and screaming in the background.

Officials said the family was escorted out of the park.

Anaheim police say they attempted to interview the relatives but said that no one was cooperative. A criminal case is now being pursued.

Disney says the company does not condone this type of behavior. Additional details were not immediately known.