HARROWGATE -  Just in time for Halloween, a video showing a rat taking off in the middle of the El started to make its rounds on social media and it isn’t a trick (or a treat).

Alexa Gold says she recorded the video on her cell phone at the Tioga station on Wednesday night.

“I see a rat and it basically makes its way onto the train I don't know how I guess it wanted a ride to Frankford,” says Gold. 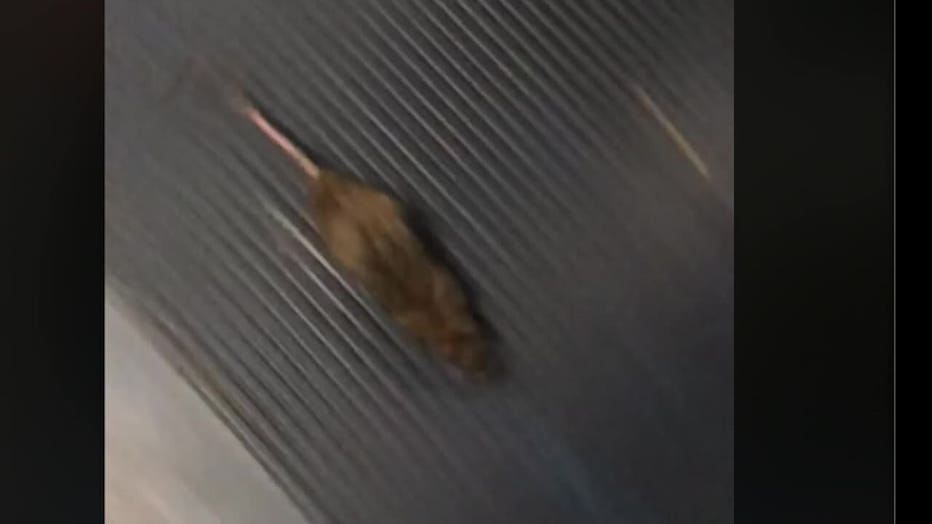 Her video starts after the rat apparently made its way under some of the seats, but it shows the chaos. One woman twirls around a pole to get away, another flees her seat, and the rest of the passengers stand up on top of their seats.

One brave soul starts to try to “shoo” the rat out. Meanwhile, a conductor gets on the loud speaker and announces that they will get moving shortly but there is a “rodent” on the first car.

After about 45 seconds, Gold’s video records the rat flying out from the seat and taking off the train to the tune of passengers’ shrieks.

“It was huge, I’ve seen a few rats on the track but nothing that big,” she says. “I guess it just wanted to meet some folks and that was it.”

Gold posted the video on her Facebook page and it got thousands of shares. It made its way back to another fellow passenger, Kahlif Barnes.

Barnes is seen in the back of the video, standing on top of the seat that the mouse appeared to crawl under.

“It was definitely a moment to relive, I was like wow I could've been a little more active,” says Barnes.

We don’t blame him for getting on top of his seat.

The video also caught the attention of SEPTA. Gold says a staff member reached out to her for more information, which she appreciated.

“That showed me that they really cared about what was going on as far as public transportation,” she says. “We want it to be clean, we want it to be comfortable and we don't want to sit next to rats.”

A spokesperson tells FOX 29 they started investigating as soon as they were aware of the video.

In a statement, they said: “Incidents like this on SEPTA vehicles are very rare. We take a proactive approach to battling bugs and rodents, including thorough daily cleanings and regular exterminations and treatments. When an incident is reported, we immediately take the vehicle involved out of service for an emergency treatment. We encourage customers to tell a SEPTA employee right away if they see bugs or rodents so we can take swift action.”