A viewer says he recorded a video of mice running through the Popeyes on Broad Street near Snyder Avenue.

SOUTH PHILADELPHIA - A viewer says he recorded a video of mice running through the Popeyes on Broad Street near Snyder Avenue.

In the video, you can clearly see several rodents scattering across the closed store.

“I used to love that chicken at Popeyes, but it’s a different song right now,” said Malik, a customer who was not happy to see the video. 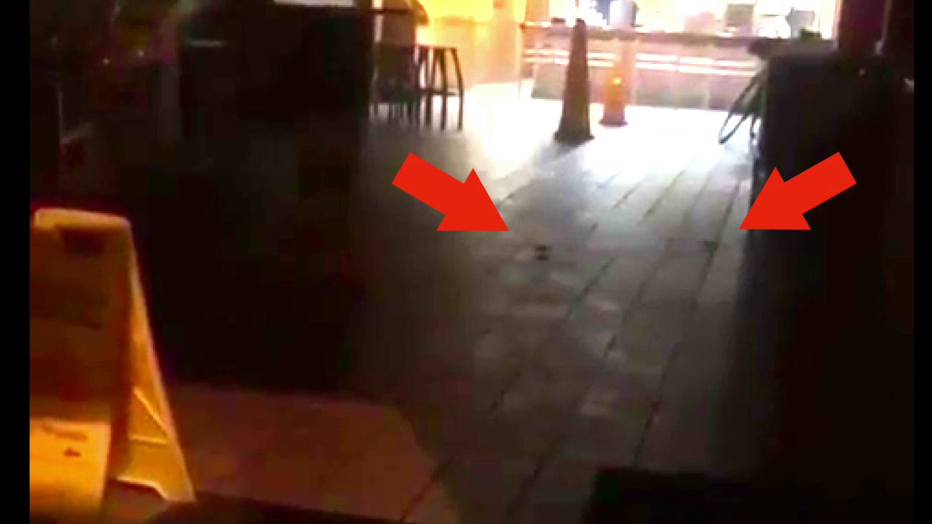 The store’s manager, who only identified himself as Rob, would not provide a formal statement or do an on-camera interview.

However, when questioned, he said he knew there were issues with mice but was surprised to see the video. He says the store has an exterminator come bi-monthly, but he is now working with Popeyes corporate to have their company come in and take care of the problem.

In a statement, a spokesman said:

“The Office of Food Protection’s inspection on July 30 showed evidence of old mouse droppings in a storage area. This is considered a Good Retail Practice violation, not a Foodborne Risk violation. Foodborne risk is when evidence of pests are found in food prep and serving areas. Also, the inspector—who does this work every day—noted that the droppings were old and didn’t feel that this was evidence of a current infestation.

As for the video, it is shocking. Unfortunately, it’s also completely unverifiable. We don’t know if that video was shot last night or if it was even shot in that location.

That said, we've since been sent video from other media outlets that I've forwarded to the Office of Food Protection for review, and they may choose to reinspect.”

President of Evans Pest Control, Charles Evans, says they do routine treatments at a number of restaurants across the city because mice are such a common problem.

“We live in an old city, it could come from a neighboring property, it could be door sweeps that they may not have under the doors,” he says. “Any time you're dealing with mice: walls and ceilings, and you always gotta remember they're animals of prey so they're really good at hiding.”

“That was a lot, they definitely have problems in there, I would reevaluate the program they have going on in there.”

Sent from my iPhone