Raccoon with head stuck in can rescued by Police Officer

A police officer in New York helped a raccoon return to normalcy after getting its head stuck in a tin can Sunday.

PAMONA,New York - A police officer in New York was called out for an animal rescue after a raccoon got a tin can stuck on its head on Sunday, July, 25.

RELATED: Raccoon gets stuck escaping attic through little hole before dropping to the ground

According to the police, the homeowner reported the incident after watching the animal run around his yard.

In the video, captured by the Police Department, Ramapo police officer Christopher Byrnes eventually frees the raccoon after several attempts. 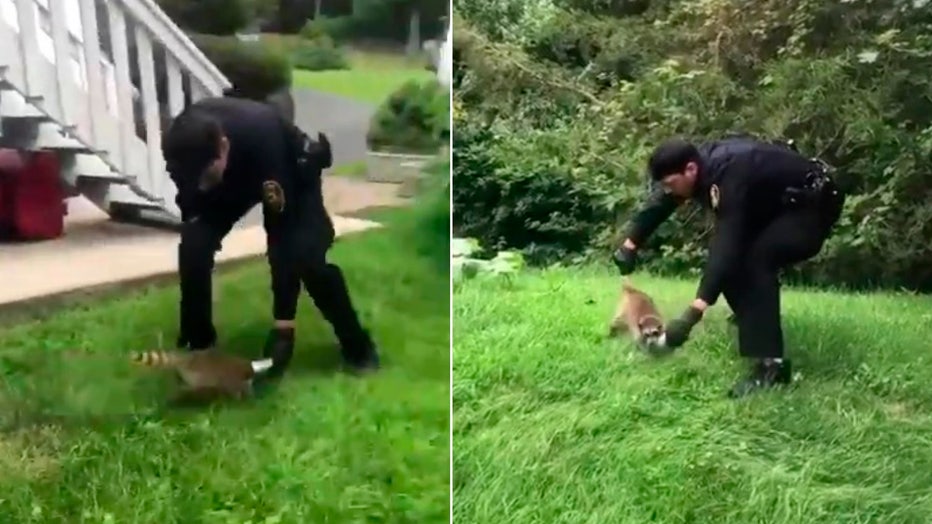 The clip also shows the raccoon evading the officer and running into numerous objects as he attempted to remove the can.

RELATED: Raccoon chases soldiers out of armored vehicle in Colorado

"As you can see, the can was really stuck," the Town of Ramapo Police Department said. "Thanks to PO Byrnes’ persistence and love of animals he was able to remove the can!"

Storyful contributed to this story.