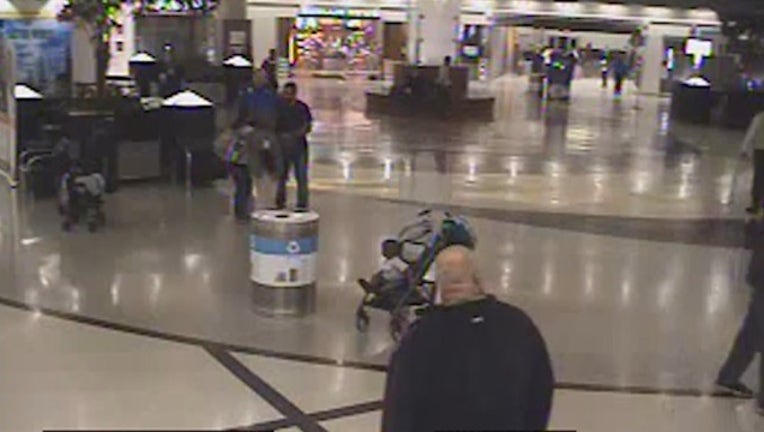 ATLANTA - Among travelers stirring in the airport last Saturday, a surveillance video shows a woman in a pink hat. She is by herself, and Atlanta police believe she was scanning the large area looking for a target – a very small target.

Her name is Ester Daniels. Her last known address was Wichita, Kansas. She is seen on video approaching a family and placing her hands on a stroller that is already being pushed by the baby girl's mother.

The mom initially tries to be polite. She tells the woman she does not need help pushing the stroller. When that doesn't work, the mom gets more forceful in tone, telling her to stop.

Daniels, who is a large woman, did not muster the strength to take the stroller away from the mother. The video shows Daniels moved next to another family member, a little boy.

She picks him up, but the father is close by and pulls at his son. The 6-year-old later told his mom that it felt like "a tug-of-war."

Airport officers responded. Daniels can be seen being combative, but they take her to the ground. She is arrested and charged with kidnapping and obstruction.

The shocking episode is over physically for the family. But they have some unpleasant memories of the airport, and those memories linger while they are on vacation.