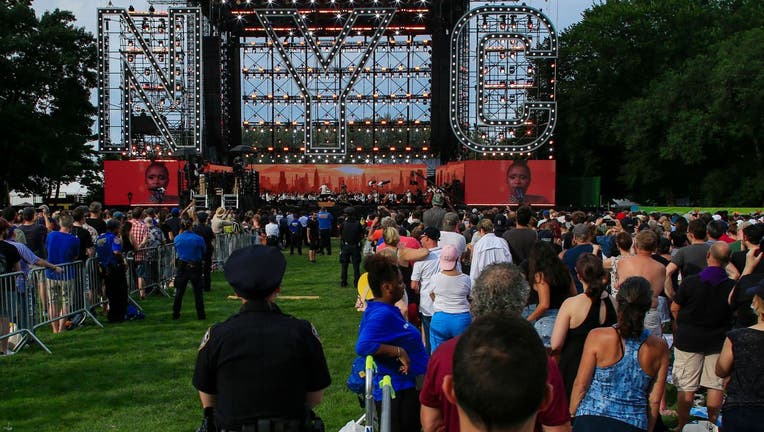 New York Philharmonic performs for spectators wait at the "We Love NYC: The Homecoming Concert" in Central Park on August 21, 2021 in New York City. (Photo by KENA BETANCUR/AFP via Getty Images)

NEW YORK (AP) - The sounds of song will be ringing out from Central Park on Saturday, with thousands expected for a superstar-laden concert that was meant to celebrate New York City's recovery from the coronavirus.

Bruce Springsteen, Paul Simon, Jennifer Hudson, Carlos Santana, LL Cool J and Andrea Bocelli are among the performers at what is being billed as the "Homecoming Concert."

Saturday's event comes after a series of hip-hop concerts in the last week at outdoor venues around the city. 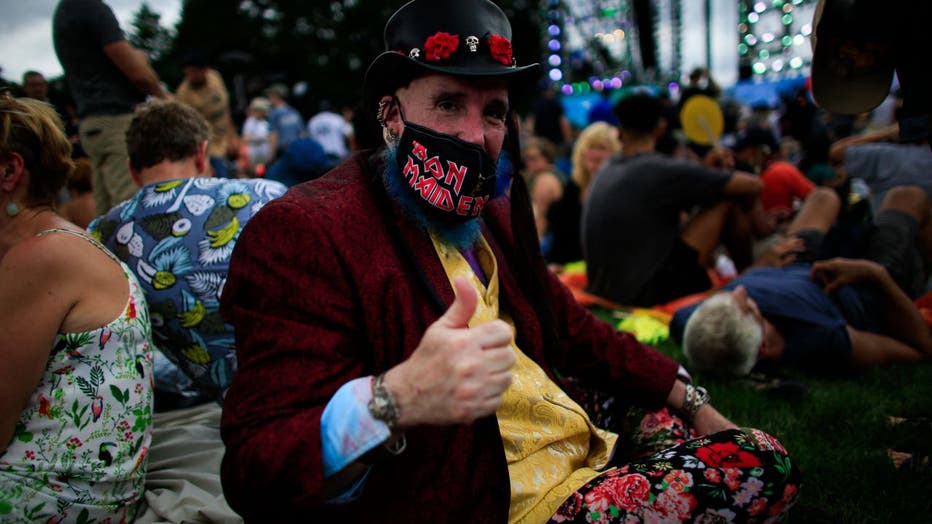 Spectators wait for the "We Love NYC: The Homecoming Concert" in Central Park on August 21, 2021 in New York City. (Photo by Kena Betancur / AFP)

Despite the joyful intention, the concert is taking place when there are worries about the contagious delta variant of COVID-19.

New York City over the past week has averaged just under 2,000 new cases of COVID-19 a day, according to state statistics. That’s up from just under 200 cases per day in late June. Only some 54% of all city residents are fully vaccinated against the virus.

Those who attend the concert, the majority of tickets for which were handed out for free, must show proof of vaccination. The show will also be broadcast.

Others expected to perform include Barry Manilow, Wyclef Jean, Elvis Costello, Cynthia Erivo and Patti Smith, who is duetting with Springsteen.