A petition for Apple to make Baby Yoda an emoji has garnered more than 12,000 signatures as of Wednesday.

LOS ANGELES - A petition for Apple to make Baby Yoda an emoji has garnered more than 12,000 signatures as of Wednesday.

The Change.org petition called “Make Baby Yoda an Emoji” was well on its way to its 15,000-signature goal.

“Well...this is pretty self-explanatory. I think Baby Yoda should be an emoji. He stole our hearts and now I want him to steal our keyboard space,” wrote Travis Bramble, who created the petition.

“Baby Yoda,” a breakout star from “The Mandalorian,” named simply “The Child” in the new live-action Disney+ series, made a surprise appearance toward the end of the first episode. “Star Wars” fans went wild for the adorable creature, calling it “Baby Yoda” due to its uncanny resemblance to the iconic character Yoda. 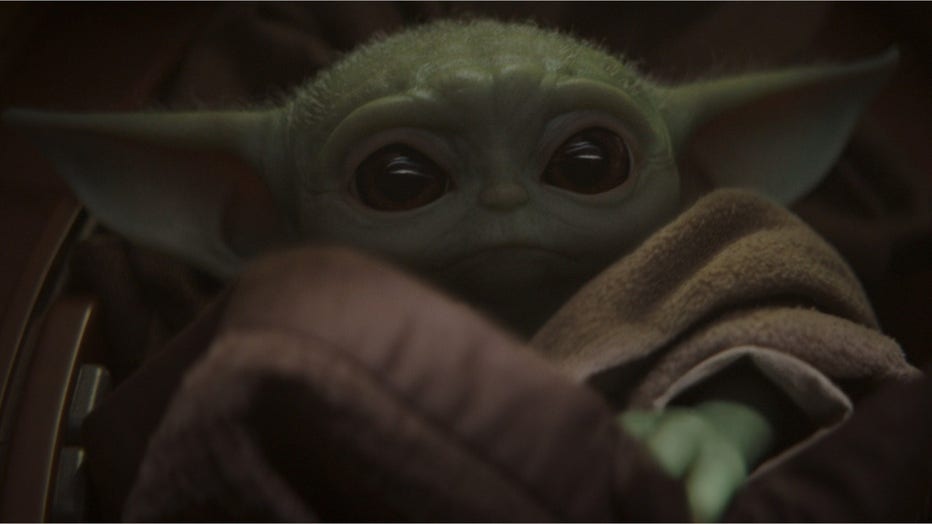 A petition for Apple to make Baby Yoda an emoji has garnered more than 12,000 signatures as of Wednesday. (Photo: Disney+)

“Join me into this movement and let your voices be heard. WE WANT BABY YODA EMOJI!!!” the petition said.

RELATED: ‘Baby Yoda,’ breakout star from ‘The Mandalorian,’ to have merchandise in time for holidays, report says

“The Mandalorian,” set after the fall of the Empire and before the emergence of the First Order, follows “the travails of a lone gunfighter in the outer reaches of the galaxy, far from the authority of the New Republic,” according to the show’s description on the Disney+ website.

A new plush toy and two bobble-head figures of Baby Yoda are also now available for pre-order, but all three toys are not expected to ship out to customers until next year. https://www.fox5dc.com/news/baby-yoda-toys-can-pre-ordered-but-you-wont-get-your-hands-on-one-until-2020

After the immediate success of the “Baby Yoda” character, Disney began pushing out other merchandise, such as T-shirts and mugs to satiate fans’ obsession with the tiny green alien character, which has even extended into the “memeification” of “Baby Yoda” across social media.

“The Child” was absent from the marketing and initial merchandise launch for “The Mandalorian” because show runners Jon Favreau and Dave Filoni reportedly didn’t want to spoil the creature’s unexpected appearance.

Favreau wanted the character to be a surprise, so Disney agreed to wait to produce merchandise of “The Child” until after the first episode was released.

“I have to thank Disney and Lucasfilm, because the way the cat usually gets out of the bag with that stuff is merchandising and toy catalogs and things like that,” Favreau told Entertainment Tonight. “So they really back us up. We really wanted to have it be that you had to watch it yourself, so that every time you watch the show, there are new twists and secrets that come out... Part of that was holding back on some of the merchandise and holding back on some of the characters.”