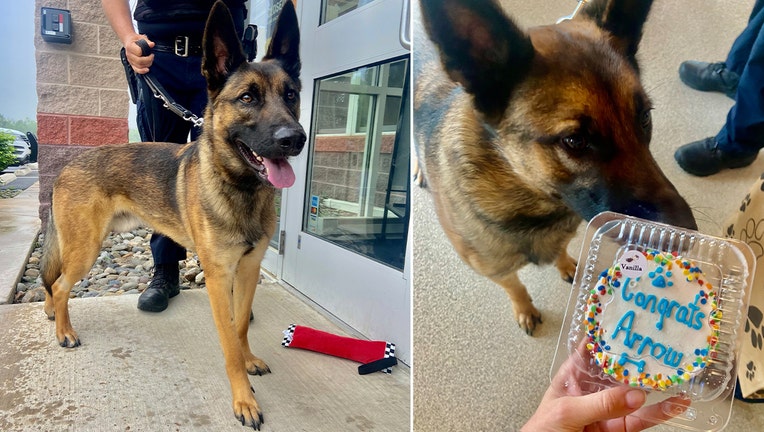 BURLINGTON, N.J. - A Lower Southampton police officer found a new partner and his "best bud" after a Burlington County animal rescue linked up with a foundation that trains shelter dogs as service animals.

Arrow, a young Belgian Malinois, was surrendered to Burlington County Animal Shelter in February of 2020 and had trouble finding a forever home due to his high energy, according to shelter attendant Debbie Bucci.

"He was very, very energetic," Bucci said. "He needed more education; he needed to learn self-control, and so he ended up sitting here for quite some time."

Bucci searched for another rescue to take Arrow and train him to increase his chance of being adopted. Soon, Bucci found Rescue 22 Foundation, a Bucks County-based organization that specializes in training dogs to become service companions for combat veterans. 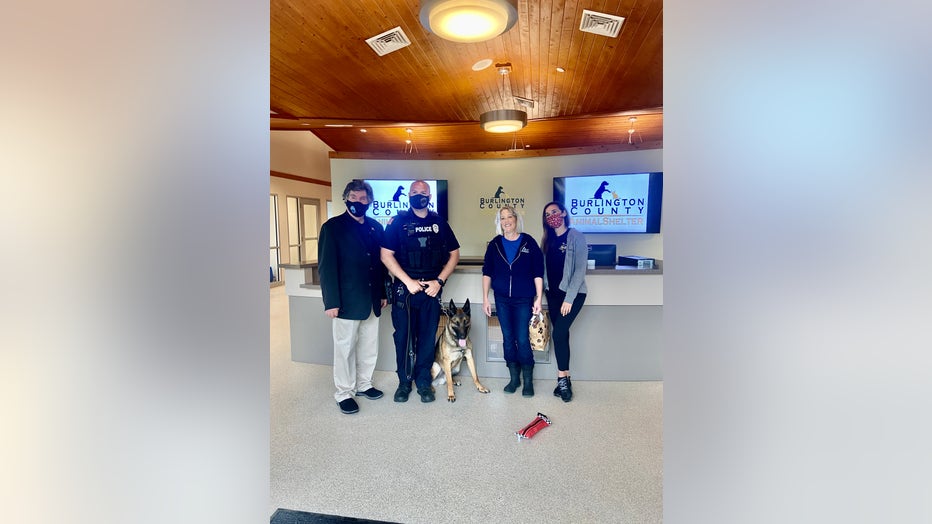 Arrow and his handler Officer Kyle Heasley returned to Burlington Animal Shelter on Wednesday to thank the staff.

Angela Connor, a Rescue 22 Foundation associate, recognized that Arrow would not be a good fit as a service animal but was intrigued by his intellect and energy. Connor found a perfect fit for Arrow when she heard that the Southampton Police Department was searching for a new K9 recruit for the first time in nearly 50 years.

"Arrow is with me 24/7. We’re best buds; we’re partners, and we do everything together," Officer Heasley said. "He’s a great family dog and he’s great with our other dog too." 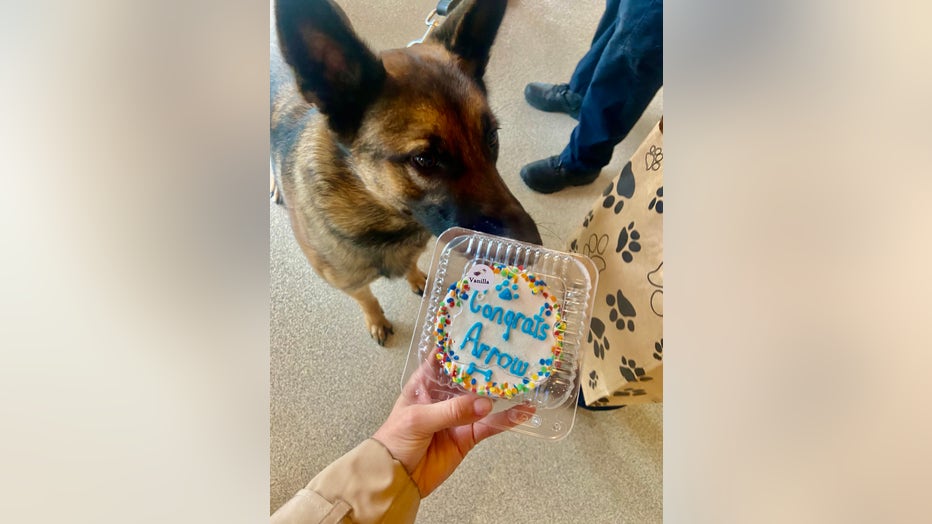 Arrow returned to Burlington County Animal Shelter were he spent time as a puppy.

Heasley and Arrow returned to Burlington County Animal Shelter on Wednesday to thank the staff that cared for Arrow during his early years.

"It was very emotional, I’m very proud of him. But there are many more so we just keep going," Bucci said. "Hopefully, they all have happy endings like Arrow did."