Kampgrounds of America spokesman Mike Gast said Tuesday that the unidentified manager had been fired.

STARKVILLE, Miss. - A white manager of a Mississippi campground was fired this week after video showed her holding a gun while telling an African American couple to leave because they did not have a reservation.

A video posted Sunday on Facebook apparently belonging to Jessica Richardson, a resident of Macon, Mississippi, shows a woman in a “Kampgrounds of America” shirt holding a gun as Richardson and her husband tell her they didn't know they needed a reservation.

“RACISM IS ALIVE AND WELL!! Today was a beautiful day so my husband (who's a vet), our 2 year old dog, and myself, decided to Google a lake to visit and have a picnic,” Richardson wrote in the post. “We found a lake located in Starkville, MS and decided to visit. Not five mins later a truck pulls up and a white lady screams at us, she then jumps out of her truck with a gun. And proceeded to point it at the 3 of us, simply because we didn't make reservations.” 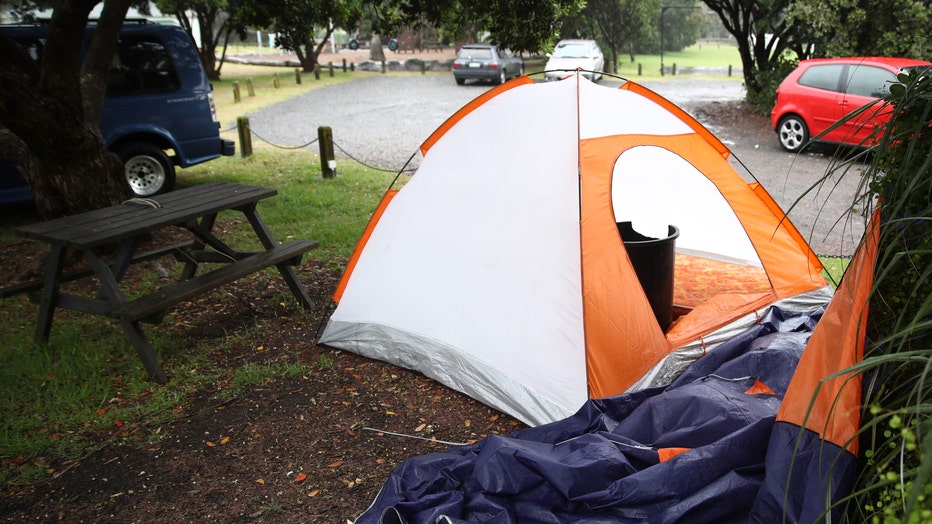 A tent is pictured at a campsite in this file photo taken on January 5, 2018. (Photo by Phil Walter/Getty Images)

Richardson writes that after they left, her husband stopped by the office in Starkville and spoke to the armed woman's husband, whom Richardson said are both property managers.

“Her husband tells my husband that reservations aren't needed for the lake,” Richardson added in the post.

Kampgrounds of America spokesman Mike Gast said Tuesday that the unidentified manager had been fired.

In a statement to the Associated Press, Gast said KOA "does not condone the use of a firearm in any manner" on its properties or franchises.

Richardson did not immediately respond to messages through Facebook.

Since being shared, the video had been viewed nearly 800,000 times.