Misinformation is jeopardizing efforts to solve some of humanity's greatest challenges, be it climate change, COVID-19 or political polarization, according to a new report from the Aspen Institute that's backed by prominent voices in media and cybersecurity.

The report is the product of the Aspen Institute’s Commission on Information Disorder, a 16-person panel that includes experts on the internet and misinformation, as well as prominent names such as Prince Harry, the Duke of Sussex.

Specifically, the report calls for a national strategy for confronting misinformation, and urges lawmakers to consider laws that would make social media platforms more transparent and accountable — to officials, researchers and consumers.

Another recommendation would strip some of the platforms' legal immunity when it comes to content promoted by ads, or for lawsuits regarding the implementation of their platform's designs and features.

The authors of the report blame the proliferation of misinformation on factors including the rapid growth of social media, a decline in traditional local journalism and a loss of trust in institutions. 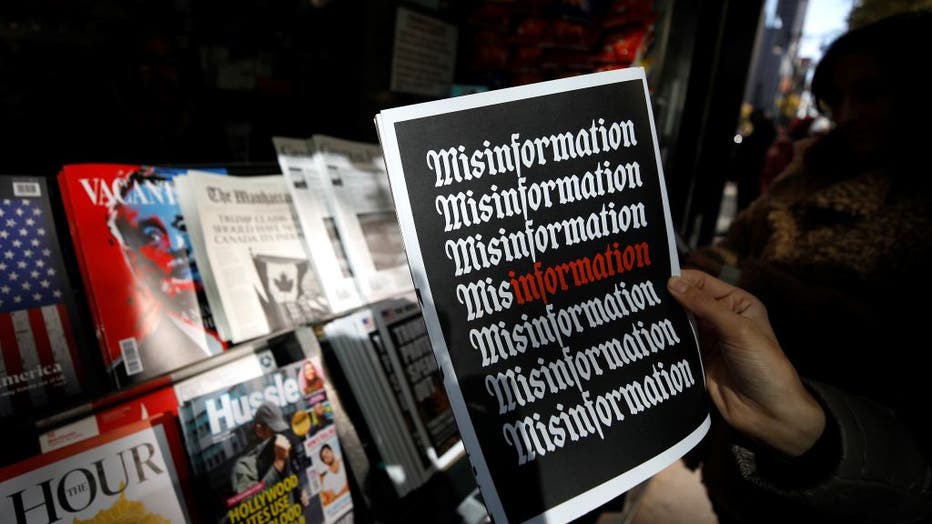 A misinformation news stand is seen in Manhattan, New York, United States on October 30, 2018. The Columbia Journalism Review is aiming to educate news consumers about the dangers of fake news or disinformation. (Photo by Atilgan Ozdil/Anadolu Agency

Falsehoods can prove deadly, as shown by the conspiracy theories and bogus claims about COVID-19 and vaccines that have set back attempts to stop the coronavirus. The report's authors said misinformation is proving just as damaging when it comes to faith in elections or efforts to fight climate change.

During a briefing on the report's findings Monday, Couric, Krebs and Robinson stressed that every American has a role to play in fighting misinformation, by reviewing where they get their information, by ensuring that they don't spread harmful falsehoods, and by fighting the polarization that fuels misinformation.

"The path to making real change is going to require all of us," Robinson said.

RELATED: Facebook’s new feature will prompt users to read articles before sharing them

The Aspen Institute has shared its findings with several social media platforms including Facebook. A message seeking a response from that company was not immediately returned on Monday.

The Aspen Institute is a nonpartisan nonprofit based in Washington, D.C. The report was funded by Craig Newmark Philanthropies, a charity founded by the creator of Craigslist.