Hank Flynn heads to Toms River, New Jersey, where a pack of wild turkeys has overrun a community.

TOMS RIVER, N.J. - Wild turkeys are running the streets of a Toms River neighborhood with impunity, and residents are less than thrilled.

“It’s really just annoying,” said Elaine Ferguson, adding that “there might be up to twenty of them. There’s that many.”

Complaints were stacking up, but this reporter had yet to see his first turkey until he looked to the left while driving down a quiet street and saw an entire pack of them.

The turkeys are wary of people, keeping a certain distance, but are completely unafraid of being seen, let alone hunted.

Residents complained of the turkeys roosting in trees, pecking at their reflections in parked cars. One even told of a turkey breaking her bay window. 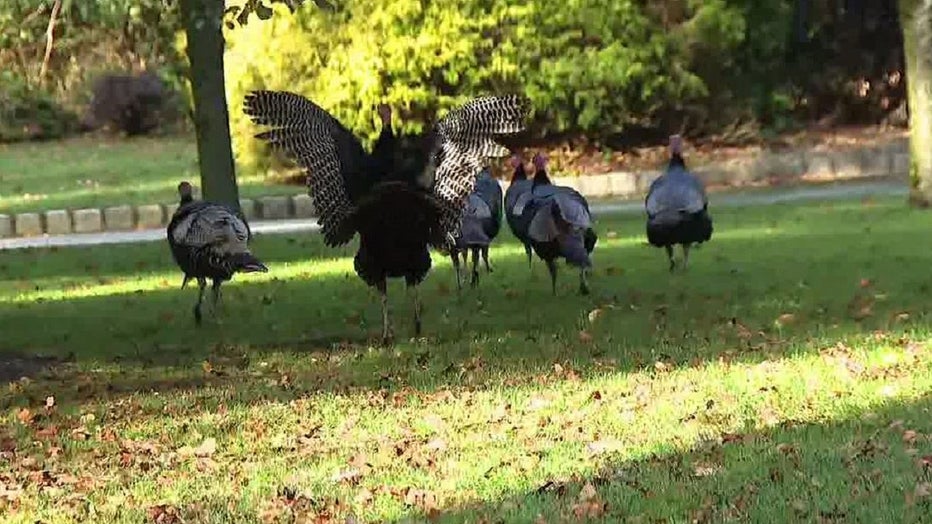 Wild turkeys are on the move in Toms River, New Jersey.

One resident accused Cindy Ravello of feeding the turkeys, which is illegal, according to Berkeley Animal Control.

Ravello denied the claim, saying she simply puts out bird feeders that the turkeys ransack. She defended the birds grouped behind her house.

“They were here first. They’re part of the environment," Ravello said. "You have to learn to get along with them.”

The turkeys are protected, according to animal control, so they can’t be trapped or even touched.

Animal control added that anyone feeding the turkeys should stop.