Winter solstice: The shortest day of the year is upon us

The solstice occurs at the moment the sun is over the Tropic of Capricorn.

The winter solstice, which marks the official astronomical start of winter and the shortest day of the year for people living in the Northern Hemisphere, will occur Saturday, Dec. 21.

The solstice occurs at the moment the sun is over the Tropic of Capricorn, which for those of us in the U.S., will be at
8:19 p.m. PT. At that point, the Northern Hemisphere will be tilted farthest away from the sun. 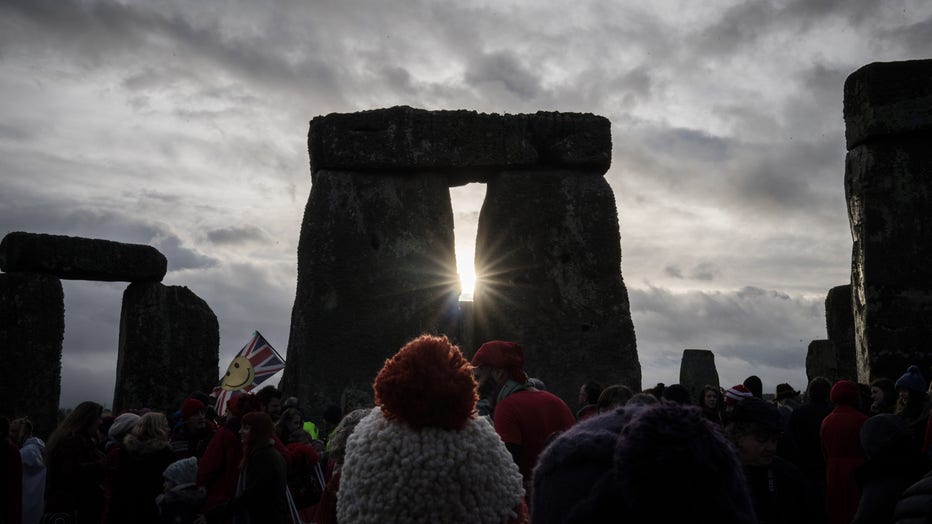 FILE: People take part in a winter solstice ceremony at the ancient neolithic monument of Stonehenge near Amesbury on December 21, 2016 in Wiltshire, England. ((Photo by Matt Cardy/Getty Images))

While astronomers consider the winter solstice as the official beginning of winter, meteorologists have a different take.

Meteorological winter begins on  Dec. 1, since it’s the start of the coldest three months of the year in the Northern Hemisphere, according to the National Centers for Environmental Information.

How much sunlight you actually get on Saturday will depend on where you are located. Most people in the U.S. will get between 8-10 hours of sunlight, according to TimeandDate.com.

Additionally, just because it’s the shortest day of the year, doesn’t necessarily mean that every location will have its earliest sunset on that day.

The date of the winter solstice varies annually, with it falling anywhere from Dec. 20-23.