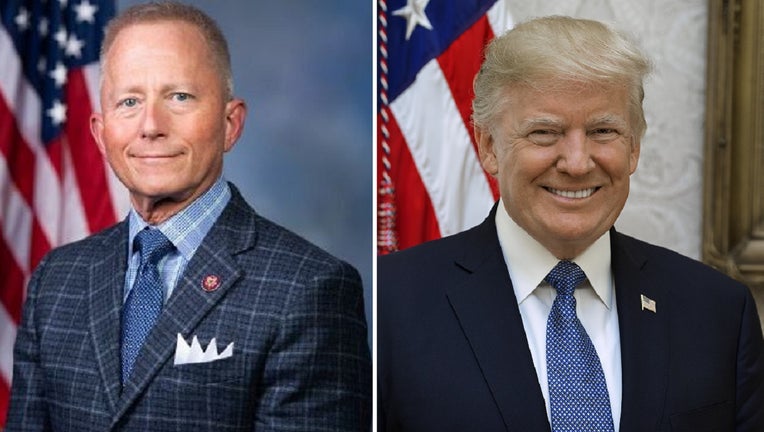 WILDWOOD, N.J. - President Donald Trump is expected to draw a crowd — and headlines — Tuesday when he comes to the New Jersey shore to reward newly minted Republican Rep. Jeff Van Drew with a rally for leaving the Democrats and opposing impeachment.

Despite the boost from the president, Van Drew has also been crisscrossing the sprawling 2nd District to secure support from the local GOP, which he spent nearly two decades fighting as a state senator and congressional candidate.

Republicans are lining up behind Van Drew because of Trump’s sway with the base, but the freshman isn’t taking GOP support for granted because he’s been opposed to the party in state government, say former foes, allies and experts.

“It’s funny he was the (Republicans’) archenemy for so many years and all of a sudden they’re coming out of the woodwork for him,” said Bruce Land, a former Democratic assemblyman and Van Drew running mate. “I don’t know if it’s the Trump thing?”

“They do not want the power of the presidency to line up against them, to be critical of them,” he said. “I don’t think there was any appetite to take on the president.”

Trump is going Tuesday to Wildwood, a seaside resort known for its busy boardwalk and the tinny recorded voice on its trolley-like people mover — “Watch the tramcar, please.” It’s also a summer haven for many suburban Philadelphia beachcombers.

Since he pledged his “undying” support to the president in an Oval Office meeting last month, Van Drew has been busy back home in his district, which stretches from the southern New Jersey suburbs of Philadelphia in the west, across the Pine Barrens to the shore, including Atlantic City and points south.

Some Republicans are still skeptical of Van Drew despite his backing Trump on impeachment, noting that he voted with House Speaker Nancy Pelosi frequently enough to give them pause.

“The fact is Jeff Van Drew is simply too liberal to represent the Republican Party in next year’s congressional race,” David Richter, a former Hill International executive and GOP candidate for the House seat in the district, told the Press of Atlantic City.

Van Drew didn’t respond to a request for an interview.

Photos from his campaign Facebook page show a smiling and dapper Van Drew with the Republican state senator who won his old seat in last year’s special election competing against the slate of Democratic candidates Van Drew assembled.

In another photo, Van Drew has his arm around the Salem County GOP chairwoman at a diner: “Thank you to Chairwoman Linda DuBois ... for your endorsement, guidance, and friendship,” the congressman said. In another, he thanks a Somers Point Republican for rescinding his endorsement of Richter and instead backing Van Drew.

Unlike Richter, though getting behind Trump is enough for other Republicans. Seth Grossman, an Atlantic County attorney and former officeholder, ran as a pro-Trump Republican against Van Drew in 2018 and lost.

“I don’t have any hang-ups against him. As long as he embraces the Republican agenda and supports President Trump as he did in the past,” Grossman said.

No matter how the June primary goes, Van Drew will face one of a handful of Democrats, who are angry over his defection and eager to take him on.

Among the candidates is Amy Kennedy, a member of the Kennedy family and a former teacher. Montclair State University political science professor Brigid Harrison, a longtime southern New Jersey resident who has garnered support from Democratic lawmakers, is also running.

Also running are Atlantic County Freeholder Ashley Bennett, and former FBI agent Robert Turkavage, who ran and lost in the GOP primary in 2018 but switched parties to run as a Democrat this year.

Before Van Drew’s election as a Democrat in 2018, the district was represented by a Republican for more than two decades and by a Democrat before that. The district supported Trump in 2016, but also backed Barack Obama in 2012.