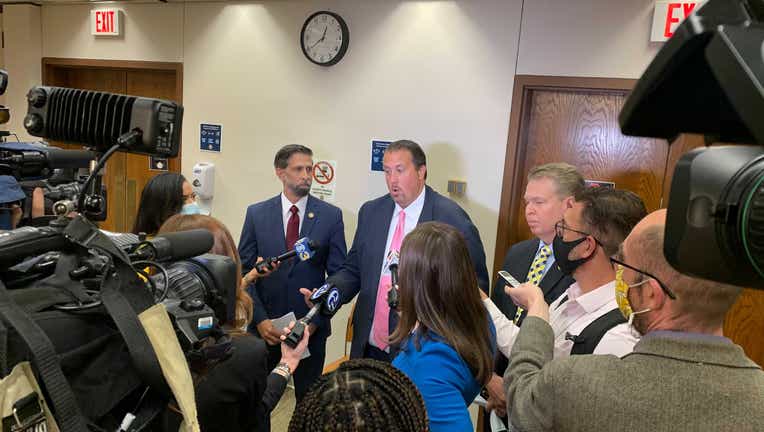 House State Government Committee Chairman Seth Grove, R-York, tweeted out a defense of the 149-page revamp of election law that he rolled out more than a week ago, as Wolf and his fellow Democrats denounced the proposal.

HARRISBURG - The partisan political debate over potential changes to how Pennsylvania registers voters and runs elections moved Thursday from the Capitol in Harrisburg to suburban Philadelphia, where the leading House Republican on the topic showed up at a news conference by Democratic Gov. Tom Wolf.

House State Government Committee Chairman Seth Grove, R-York, tweeted out a defense of the 149-page revamp of election law that he rolled out more than a week ago, as Wolf and his fellow Democrats denounced the proposal.

"We have a great bill that addresses election issues which voters support!" Grove tweeted at the meeting inside the Delaware County government building in Media. "No one wants to actually compromise."

Grove held up any movement this spring on improvements that might have been in place for the May primary election, instead conducting 10 hearings on election law to help him develop a comprehensive proposal.

Now, with lawmakers' summer recess looming, it's far from clear if a deal can be reached that will affect the state's next voting, on Nov. 2.

Grove's ambitious bill provides additional days before election day for counties to begin processing ballots, requires identification for in-person voting and puts new restrictions on mail-in balloting and the use of drop boxes.

Grove wants to cut off voter registration sooner and require those who want mail-in ballots to request them earlier, and to end the practice of letting people sign up to permanently receive mail-in ballots. 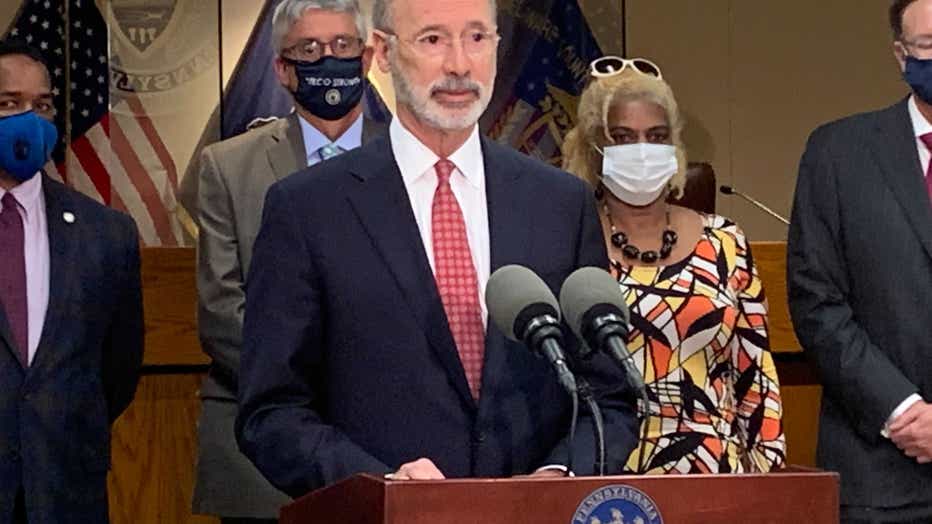 His bill, which would also make many other changes, split Grove' committee this week along party lines.

In a statement, Wolf said Thursday he won't "be lectured on the importance of election integrity by the same people who wrote a letter begging Congress to throw out Pennsylvanians’ lawfully cast votes only a few months ago."

Republicans say they want improved security around voting and a variety of ways to audit for errors and fraud. They want practices to be consistent across Pennsylvania's 67 counties.

Democrats frame those efforts as a partisan crusade that will disenfranchise voters, and see the GOP bill as largely motivated by former President Donald Trump's baseless claims his November loss was unfair and should be reversed.

Democrats have been more focused on addressing the procedural rules that resulted in ballot counting going on for four days after the closely watched presidential election.