The plan would create a major new program for college scholarships in Pennsylvania’s state-owned universities, require public schools to provide full-day kindergarten, and pump $1 billion into cleaning up lead, asbestos and other environmental hazards in public school buildings.

Meanwhile, the state’s finances remain under considerable pressure to keep up with the cost to care for the poor, elderly and those with disabilities.

To do it all, Wolf’s administration is projecting stronger growth in tax collections, overhauling how charter schools are funded, raising borrowing limits and diverting casino gambling tax revenue that subsidizes the horse-racing industry.

In his 34-minute budget speech to a joint session of the Legislature in the ornate House chamber, Wolf called his plan a “blueprint for unleashing a new wave of prosperity for our commonwealth” and predicted that it will make a difference in the lives of millions of people.

“It does not ask any of you to join me on any wild-eyed ideological crusade,” Wolf told lawmakers. “It merely asks that you join me in imagining what this Commonwealth can offer to each of its people.”

The budget, Wolf’s sixth, would increase spending through the state’s main bank account to $36 billion for the 2020-21 fiscal year starting July 1. Including nearly $600 million in supplemental cash for the current fiscal year, Wolf is seeking authorization for another $2.6 billion in new spending, or 7.6% more. 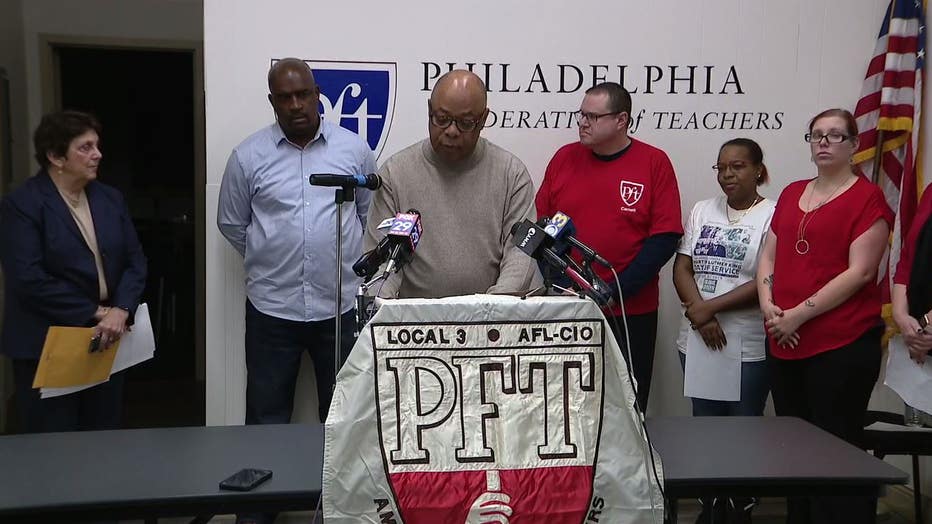 The Philadelphia Federation of Teachers recently announced its plans for legal action over ongoing asbestos issues across the school district.

Most of the increase in spending would go to rising costs for health care for the poor and long-term care for the elderly and those with disabilities. Public schools and pre-kindergarten programs would get about another $170 million, or 2% more, plus $280 million in savings from changing how charter schools are funded.

Meanwhile, the administration wants to require that public schools start providing free, full-time kindergarten. A bout 72 of 500 districts do not provide it, administration officials say.

The plan would hold the line on sales and income taxes, the state’s two biggest sources of revenue. However, the administration is projecting a relatively robust 4.5% growth in tax collections, including a $240 million bump from restructuring the corporate net income tax and $130 million from Wolf’s proposal to raise the minimum wage.

The administration also is seeking new fees on municipalities to pay for state police services and on waste hauling to underwrite a hazardous cleanups program.

Many of the governor’s items face long odds, since Republican lawmakers have reliably rejected Wolf’s most expansive proposals since he took office in 2015. The plan is already facing objections from the horse-racing industry and charter school proponents.

Republicans criticized Wolf’s proposal as seeking more debt, more spending and more taxes, and vowed to get to work on it to bring down spending levels.

“But what we’ll do is go back to our recipe for success, we’ll pull him back to the middle, we will get our fiscally responsible budget that does not ask the taxpayers to invest more in state government,” Corman said.

The $200 million college-scholarship program is part of Wolf’s initiative to attack student debt and would focus on lower- and middle-class students graduating from one of Pennsylvania’s 14 state-owned universities.

Administration officials estimate that at least 25,000 state-system university students would benefit from it, getting the assistance as long as they stay in Pennsylvania after they graduate. To fund it, the administration wants to divert $200 million from slot-machine tax revenue that, since 2006, has subsidized the state’s horse racing industry.

“Let’s bet on our kids instead of bankrolling race horse owners and ensure the viability of the Pennsylvania State System of Higher Education,” Wolf told lawmakers.

Another new element Wolf is proposing is expanding a bond-funded redevelopment grant program by $1 billion and making the money available for lead and asbestos cleanups in schools. It is fueled by growing concerns over asbestos and lead poisoning in Scranton and Philadelphia.