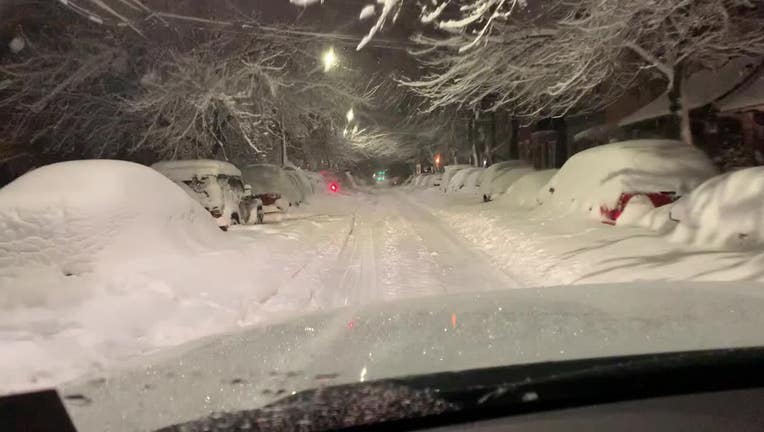 9th Street in Allentown was left under about a foot of snow early Tuesday morning.

ALLENTOWN, Pa. - A woman with Alzheimer’s disease who reportedly wandered away from her Allentown home was found dead during Monday’s snowstorm, authorities said.

The National Weather Service reported snow totals at or near 13 inches in parts of the county by early afternoon, with 11.7 inches reported at Lehigh Valley International Airport.

Road crews were busy across most of the commonwealth as the storm continued to dump heavy snow Monday. Gov. Tom Wolf urged residents to avoid travel if possible. State officials said most people seemed to be heeding that advice, with only scattered reported of crashes.

The storm was expected to pick up in intensity throughout the day, with snowfall rates of 2 to 4 inches an hour in some areas, posing a challenge to the state's fleet of plow trucks.

"In those kinds of conditions, it’s nearly impossible to keep up fully," said Melissa Batula, deputy secretary for highway administration at the state Department of Transportation. She called the storm "one of the most impactful statewide storm events we’ve had in a long time."

Crews prioritized major roadways and routes leading to hospitals, and state officials said they were seeking to keep vaccine shipments running as smoothly as possible.

"During this storm, we’re specifically concerned about ensuring shipments of COVID-19 vaccine can make it safely to their final destinations," said Randy Padfield, director of the Pennsylvania Emergency Management Agency.

Most of the state remained under winter storm warnings or winter weather advisories that were expected to remain in effect through Tuesday morning.