ATV driver killed in collision with car on Philadelphia street

A 29-year-old woman has died after an ATV she was riding collided with sedan on a Philadelphia street late Thursday night.

PHILADELPHIA - A woman has died after an ATV crash in the city's Holmesburg neighborhood late Thursday night.

The incident occurred on the 7700 block of State Road near Curran-Fromhold Correctional Facility around 9 p.m.

Police say 29-year-old Victoria Rose Walker was on an ATV when she collided with a driver in a Kia sedan. The collision knocked the woman off of the ATV and onto the street.

The driver of the sedan stopped and attempted to help her, according to police. She was transported to a nearby hospital where she later died. 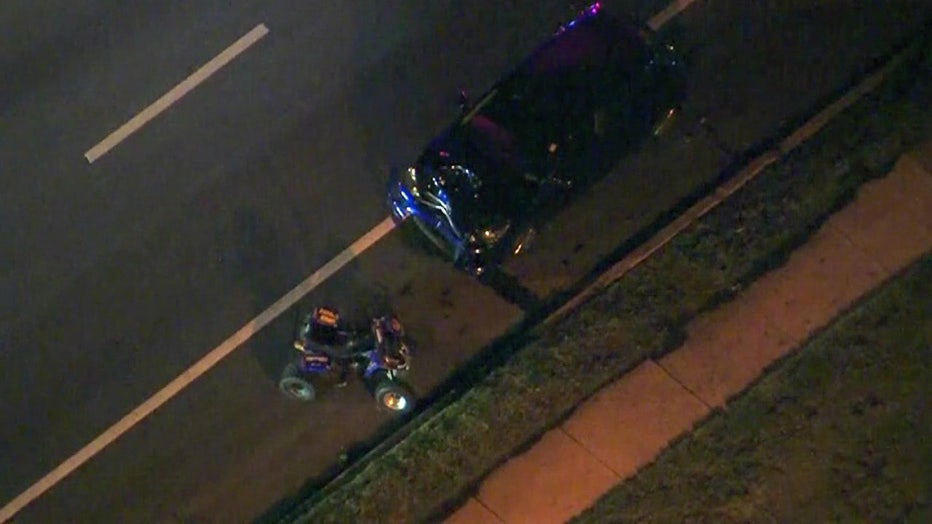 Police say the woman was riding with about five others on dirt bikes and ATVs at the time of the crash.

At the time of the crash, police say the woman was driving north in the southbound lanes. As oncoming traffic approached, she was attempting to move back into the northbound lanes and was struck by the Sedan.

Philadelphia Police Chief Inspector Scott Small says the woman was riding with about five other people on dirt bikes and ATVs, but they had left the scene by the time police arrived.

The incident marks the second deadly incident involving dirt bikes and ATVs in less than a week. Jesus Gomez Rosario, 17, was riding a skateboard in the city's Fairhill neighborhood when he was fatally struck by a dirt bike rider who was performing wheelies at a high rate of speed. Police are still looking for that rider after they fled the scene.